How much to pay teenager to help clean rental home before selling?

My tenants are moving out this week and I will have to clean the house prior to listing it for sale. I toured the house last week and it is a mess. I am planning on several days of cleaning/repairing after the tenants move out. I have two teenagers (17 and 18) that I am going to ask to help out if they want to earn some extra cash. What is a good rate to offer them?

My oldest is always wanting to earn her own money, but we want her to have time for school. My girls have a small household chore each day (5-10 minutes worth) without an allowance. If they want money to go out with friends, we provide it within reason.

The tenants left the place dirty and the backyard is completely overgrown with weeds. They didn't destroy the place, but didn't maintain the house. I want to give my girls the option to help out for a few hours. Mostly cleaning (sweeping, vacuuming, counters, dusting blinds, removing trash left behind, ect). I may need to paint a bedroom, but they actually like painting. I will do any necessary repairing. Just want to compensate them fairly if they decide to help out.

SELLING YOUR HOUSE5 Savvy Fixes to Help Your Home Sell
By Kristie Barnett, The Decorologist
Get the maximum return on your spruce-up dollars by putting your money in the areas buyers care most about
Full Story
72

VACATION HOMESMake Your Vacation Home Pay Off
By Laura Gaskill
Renting your vacation house when you're not using it makes good financial sense. These tips can help
Full Story
24

SELLING YOUR HOUSESell Your Home Fast: 21 Staging Tips
By Laura Gaskill
Successful staging is key to selling your home quickly and at the best price. From cleaning to styling, these tips can help
Full Story
78

SELLING YOUR HOUSE10 Ways to Get Your Home Ready to Sell on a Budget
By Laura Gaskill
To attract the most buyers, you should clear things out, fix the dings and clean, clean, clean
Full Story
23

SELLING YOUR HOUSEA Moving Diary: Lessons From Selling My Home
By Laura Gaskill
After 79 days of home cleaning, staging and — at last — selling, a mom comes away with a top must-do for her next abode
Full Story
200 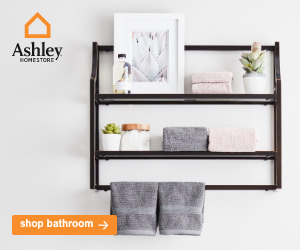 More Discussions
Anyone use Backpack vacs
15