skip to main content
BATHROOM EVENT
0
Your shopping cart is empty.
Sign In
Join as a Pro
History of Houzz
GET IDEAS
Photos
Magazine
Discussions
Houzz TV
Houzz Research
FIND PROFESSIONALS
Professionals
All ProfessionalsAll ServicesFor Professionals
SHOP BY DEPARTMENT
Looking for the perfect gift? Send a Houzz Gift Card!
SALE
ON SALE - UP TO 75% OFF

Winter Protection for roses in Zone 6b?

Last year I almost lost Beverly after the winter and every other rose in the garden had die back almost to the ground. I was just noticing the rose bushes have finally put on some size, but that's pretty late in the season, most of the summer they were very small.

It occurs to me that I never do anything to provide winter protection and I'm wondering if there is anything I can do, to increase the viable size of the roses in the spring? With that much die back, you end up with small rose bushes every year, like starting over. I was just hoping that with some heavy mulching I might get better results.

GARDENING FOR BIRDSFeed the Birds: 6 Plants for Abundant Winter Berries
By Therese Ciesinski
Be kind to your fair feathered friends during lean food times by planting a shrub or tree loaded with nutritious snacks
Full Story
31

LIFE6 Ways to Beat the Winter Blahs
By Alison Hodgson
Snow and dark days dampening your spirits? These ideas will have you looking on the bright side
Full Story
202

WINTER GARDENING6 Flowers for Gorgeous Winter Garden Color
By Le jardinet
Blooming beauties can be yours from January through March — just take your pick from these bulbs, shrubs and even a tree
Full Story
20

KITCHEN LAYOUTSMove Over, 3-Zone Kitchen. Meet the 5-Zone Kitchen
By Georgia Madden
With open-plan kitchens so popular, has the classic kitchen triangle had its day?
Full Story
64 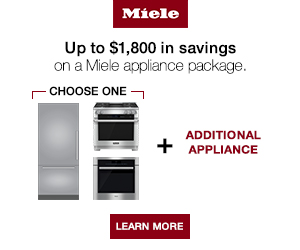 More Discussions
Any Yellow rose that doesn't fade to white in heat?
2

Rosie is Leaving - Orange Replacement in Pot?
39
Prospero? Is anyone selling it?
2
Centennial Star
2
Please tell me all that you know about these red roses
0