Hi all - I am in true analysis paralysis and can't seem to make up my mind so any help would be appreciated.

I have a somewhat small kitchen (~12' x 13') that we're trying to keep a mid century modern feel to.

Ceilings are sloped (from 7'10 up to 10') with white wood beams. While I don't think you can see it in the renderings, I think I am going to hold the uppers off the ceiling abut 6".

In general, I am looking for feedback but I am also looking for opinions on the last few pages.

You will see that I have one option for the "pantry wall" to be a split finish while the second option is more like a built in hutch feel.

Other items that I have planned are utilizing either the LeMans or magic corners for the two blind corners and will most likely put the trash as a pull out under the sink.

I know the spacing to the right of the stove is narrow (12") but after playing around with a number of different layouts I landed on this. Again, any feedback on work triangles, work surfaces etc are welcome.

KITCHEN DESIGNKitchen Remodel Costs: 3 Budgets, 3 Kitchens
By Bud Dietrich, AIA
What you can expect from a kitchen remodel with a budget from $20,000 to $100,000
Full Story
161

KITCHEN LAYOUTSMove Over, 3-Zone Kitchen. Meet the 5-Zone Kitchen
By Georgia Madden
With open-plan kitchens so popular, has the classic kitchen triangle had its day?
Full Story
64 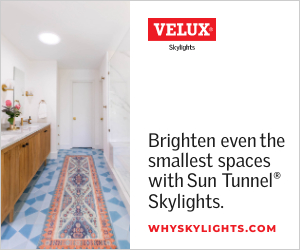 Soft white that plays nice with cool and warm tones?
5