We are definitely 2 weeks ahead this year

Not sure exactly what is going on this year . We are 2 weeks ahead of schedule with blooms in South Western Ontario Canada . We normally would be just starting to get bloom but this year it started mid June . Here are just a few shots of the gardens in my backyard .

KITCHEN DESIGNIdeas From the Year’s Top 10 Kitchens of the Week
By Bryan Anthony
Get inspired by the found objects, reclaimed hardware, efficient storage and work zones in our top kitchens of 2016
Full Story
71

STORAGE2 Weeks + $2,000 = 1 Savvy Storage Shed
By Vanessa Brunner
This homeowner took backyard storage and modern style into his own hands, building a shed with reclaimed redwood and ingenuity
Full Story
41

KITCHEN DESIGNNew This Week: 2 Kitchens That Show How to Mix Materials
By Mitchell Parker
See how these kitchens combine textures, colors and materials into a harmonious whole
Full Story
81

COLORColors of the Year: Look Back and Ahead for New Color Inspiration
By Jennifer Ott Design
See which color trends from 2014 are sticking, which ones struck out and which colors we’ll be watching for next year
Full Story
88

KITCHEN DESIGNNew This Week: 2 Ways to Rethink Kitchen Seating
By Mitchell Parker
Tables on wheels and compact built-ins could be just the solutions for you
Full Story
41

FARMHOUSESNew This Week: 2 Charming Farmhouse Kitchens With Modern Convenience
By Mitchell Parker
These spaces have all of today’s function with yesteryear’s simplicity and character
Full Story
87 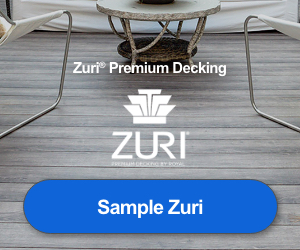 Super extra very late bee pollen daylily, 2 VTs still going on
5
What are some good plants for the "feet" of Daylilies (and Iris, too)?
2
latest date that daylilies can be purchased/planted?
5