The two-story home we recently purchased (in northwestern New York near Rochester) was built in 1933 with a forced air heating system. Central air was added much later sometime in the 2000's. During heating season, everything works fine and all of the rooms, including the bedrooms on the second floor, heat pretty evenly. However, during the warmer months (like now) when we switch over to cooling, while the main floor is very comfortable, the second floor remains much warmer. After asking some professionals, it turns out that the original ductwork up to the second floor doesn't have the capacity to cool to the degree we'd like it to. So short of replacing ductwork to the second floor or using window units or installing mini-splits up there, I did some research and decided to try inline duct fans to boost the airflow to the second floor. I incorporated an airflow sensor switch which automatically turns on the booster fans when it senses the HVAC system fan coming on and pushing air.

Surprisingly, the inline fans work very well and have made a dramatic improvement in lowering the temperature on the second floor. However, now the rooms upstairs in some instances can get too cold due to this boost in cold air being pushed up to the second floor. So my next challenge is trying to come up with the simplest and least expensive way possible to incorporate a thermostat in each of the rooms on the second floor that will sense the temperature in the room and then shut off its respective inline booster fan down in the basement once the set temperature has been achieved (or allow the fan to turn on in the event the room warms up again). Obviously, these inline fans will only operate when the overall system is running. Wondering if anyone out there had dealt with this challenge and come up with a good solution. Thanks

DECORATING GUIDES10 Ways to Hide That Air Conditioner
By Mariana Pickering (Emu Building Science)
Feeling boxed in designing around your mini-split air conditioner? Try one of these clever disguises and distractions
Full Story
172

LIFEYou Showed Us: 20 Nutty Home Fixes
By Becky Harris
We made the call for your Band-Aid solutions around the house, and you delivered. Here's how you are making what's broken work again
Full Story
178

BATHROOM DESIGNBathroom Workbook: 12 Things to Consider for Your Remodel
By Bud Dietrich, AIA
Maybe a tub doesn’t float your boat, but having no threshold is a no-brainer. These points to ponder will help you plan
Full Story
295

LIFEHouzz Call: Show Us Your Nutty Home Fixes
By Becky Harris
If you've masterminded a solution — silly or ingenious — to a home issue, we want to know
Full Story
172 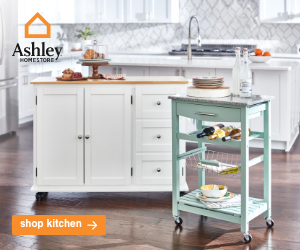