So was 3 hours away babysitting for two of the grands and called my 80 year old mother to check in. I could immediately tell from her slurred speech that she‘d had a stroke. Activated our small town emergency services and friend network to be with her until we could make arrangements and get home. She’s previously been healthy(ish) and fairly independent but lives half mile from us and has big expectations for our involvement in her daily life. So now I’m told this isn’t the last that we can expect more strokes with accumulative effects. Still getting information and hopefully some management tools but obviously there’s been changes in her life and I expect mine. I’m one of three siblings but the only one locally and the caregiver of the family. We were planning a move back to the farm in a few months (30 minutes away) and she has no desire to move closer. So here I sit with an extra dog and soooo many thoughts/feelings/ fears/concerns. Sigh......

KITCHEN DESIGNHere It Is! See Our Finished Kitchen Sweepstakes Makeover
By Vanessa Brunner
This lucky New Jersey homeowner got improved storage, upgraded finishes and a better layout to accommodate his family of 6
Full Story
30

WORLD OF DESIGNA Beginner’s Guide to the Japanese Tea Garden
By ふじやま かおり（Kaori）
A small roji, or teahouse garden, offers a respite from everyday life. Why not make one part of your home garden?
Full Story
63

SMALL KITCHENSPersonal Spaces: Small-Kitchen Designs
By Laura Gaskill
In these kitchens, homeowners have found inventive ways to make the most of tight quarters
Full Story
59

FUN HOUZZDon’t Be a Stickybeak — and Other Home-Related Lingo From Abroad
By Mitchell Parker
Need to hire a contractor or buy a certain piece of furniture in the U.K. or Australia? Keep this guide at hand
Full Story
405

BUDGET DECORATINGBudget Decorator: 15 Ways to Update Your Kitchen on a Dime
By Laura Gaskill
Give your kitchen a dashing revamp without putting a big hole in your wallet
Full Story
65

REMODELING GUIDESSo You Want to Build: 7 Steps to Creating a New Home
By Bud Dietrich, AIA
Get the house you envision — and even enjoy the process — by following this architect's guide to building a new home
Full Story
249 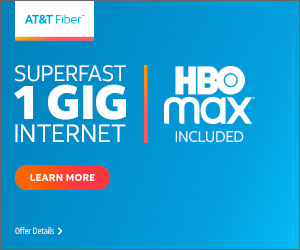