Discontinuing an SSRI antidepressant - has anyone done this?

I've bounced around a few dosages for the past 5 years and have been on 10 mg of Escitalopram for the past 2. I'm trying to wean myself off it because the reasons(s) I sought help for depression are not acute, and are behind me. The concept of being on this medication forever because I couldn't function during an episode of my life is unacceptable to me.

My physician told me to halve the dose for 2 weeks, then discontinue. I find myself frequently agitated/argumentative now that I'm not taking it - and since we're a bubble of 2 it's becoming an issue. I told DH that I decided to taper off of it, and that I am self aware of my mood swings, so he understands what's going on but every now and then will tell me to "go take a pill" (and I have no sense of humor at the moment).

I know I can talk to my physician again, but I'd like to hear what other people have experienced successfully weaning themselves from this kind of medication.

Email
SaveComment21Like
Comments (21)
Thank you for reporting this comment. Undo

I have a friend (early 60s) who did what you are trying to do. She said it was excruciating and she failed and had to restart several times. How she eventually succeeded getting off her antidepressant was she took up jogging. Initially indoors on a treadmill but to no help. She was going for the endorphins. I had another friend who was trying to not go on an antidepressant who discovered on her own that jogging worked, but only if she did it outside. The fresh air and sunshine were her two lucky stars with this. Back to friend one, she tried what friend did to get off her medication and succeeded. Friend one said friend two was right and jogging had to happen outside. She also started taking reishi mushroom capsules or powder once she was weaned off her medication, which she said really helped. I take reishi for autoimmune issues but I don't take an antidepressant, so please, talk to your doctor to see if it would be compatible during your weaning phase. Good luck.

eta, friend one was taking antidepressant because she too went through a difficult life episode and needed the medication to get through it, but years later and life episode now in the past and moved on, she didn't want to keep taking the medication anymore; side effects, etc...

I’ve done it on several occassions but have not had the reaction you are experiencing (that I know of!) I did exacty what the doctor suggested but...I was on a very light dose to begin with. If you’re having the reaction you’re having, maybe it’s due to the dosing. I wonder if they can prescribe you a couple of months of the same medication only at the next level down first to slow the process even more. I would ask your pharmacist first if that’s a plausible solution and if it isn’t, probe a bit to try to find out if this is a normal reaction and/or if there is a better way to wean off of them.

I have failed and had to restart. Fresh air and sunshine are becoming available now we're in mid-February (I live in Massachusetts). My 69 year old knees are lucky to get me up and around, so jogging is in my distant dreams. Love your name SEA SEA!

Thanks SEAgrass. hee-hee. I don't jog either, so if this problem ever visits me, I'm out of luck too. But best wishes to you on this. Friend one had a very hard time. But she did it, while living in NJ. Maybe walking would be helpful too, outside.

Lukki - my experience with primary care physicians vs. psychiatry, psychology, mental health counseling regarding anti-depressants has been so all over the place I couldn't possibly summarize it. I never considered consulting a pharmacist. Thank you.

Perhaps the doc's suggestion is too rapid for you. If he's telling you a safe way, going slower would be only safer. It takes time as the drugs replace the natural production of those hormones, so when the drugs are no longer present, it takes time for the body to gear up to get those hormones back into production.

I also recommend meditation. There have been studies that show mindfulness meditation is as effective as anti-depressant medications.

Rather than jogging, I believe I read a study quite awhile back that showed that it was repetitive motion that helped alleviate depression. So perhaps walking, spinning, knitting, crocheting or other activity that uses repetitive motion may help if you can't jog...

Oh sure! Yeah, drugs is what they do and I’ve gotten lots of great information from them.

I once worked a job that was depressing in every way. I took up crochet as a way to survive and not get too depressed about it. Crochet and knitting put your brain into alpha waves. I made so many hats, blankets and scarves it became humorous, but it really did keep my spirits in a better place because those repetitive motions turn on the happy brain waves. Dd took up knitting recently and she loves how it gets her to a better place too. She watched youtube videos to learn how to knit.

I have and it's not easy or fun. And I'm still mad that my doctor prescribed them for me because of a stressful situation and not because I actually needed them. Take it slow and reduce in tiny increments.

I was on them for years because of my job. I weaned myself off by using two weeks at a lower dose, then gradually reducing the number I was taking. I did each reduction in two week intervals. When I had reduced to one half dose in a week I stopped taking them.

Half dose for a week then stop only works if you have been on them for a short period of time. You could take longer than I did such as a month at each dose etc. I did find that there were times I simply had to go for a walk to remove myself from what was bothering me for a couple of years.

I agree with the others who say they would take more time to wean off them. My sister was on an SSRI for about 8 years, and felt she wanted to quit, for similar reasons as you...things had changed, from when she needed them. I don't recall the dosage and time frame that her doctor advised, but she found it caused her some distressing side effects, like electric zap sensations in her head.

So she asked for another refill, in order to slightly increase her dosage again, to rid the side effects, then decrease the dosage more slowly. I think she took a few months to completely stop, but her withdrawal effects did not return when she went about weaning off her medication more slowly.

amicus - the first time I tried to quit on a higher dosage, I did experience electric zaps and they sent me scurrying back to the drug. I don't want to go there again.

I tried the proper way by cutting back a fourth of the dose for a week, then half the dose the second, and so on. Week two I was alone and cleaning the utility room and it made me so mad I threw the broom into the kitchen. It felt really good & then I went back to the full dose and will stay there. For me it wasn't worth it going off the meds.

A colleague did it, decreasing the total weekly dose every week, over 3-4 months using this schedule. If she had symptoms, she did not move on to the next weeks schedule.

A relative did so, though it took her several tries. She needed months, not weeks to wean herself off. Pretty much like Mdln shows above.

My dreams have been incredibly strange and disturbing since I've lowered the dosage and now stopped taking the drug altogether. I do not enjoy sleep. But I refuse to return to the status quo - I will try what Mdln suggested. Thanks to all who have responded.

I've suffered from depression for years and have taken antidepressants but I would rather be depressed than ever take them again. It's been a long time but I do remember how difficult it was to taper off. I ran/jogged for years but at my age, it's just speedwalking now and it does help. I have been more depressed in the last two weeks than all year because the snow has prevented me from hitting the Appalachian trail every day with the dog for my four-miler. I have been going around my town but it's not the same. I NEED the woods. It's MY antidepressant.

I don't think that it's the jogging that is as important as doing physical activity outdoors. Walking outside should be as effective for alleviating depression, however I don't know if it helps with withdrawal symptoms.

I wonder--for those who feel the sunlight component is important--would using light therapy--a 'happy light' like is used for SAD (seasonal affective disorder)--be useful?

My DH is reaping the 'rewards' of another two MD's lack of knowledge about backing off another medication, aripiprizole, which he has taken at 1 MG for anxiety for eleven years, in combination with duloxetine 20 MG. He is 82.

Aripiprizole is now associated with causing patients to develop repetitive movements, especially of the mouth and face, so it's on the warning list. DH hasn't had a problem, but he *could*. We understand the reasoning.

The new primary we switched to this fall would only prescribe aripiprizole provided DH see a new psychiatrist, creating new *anxiety* in DH as he waited over two months for an appointment. The psychiatrist then said to take duloxetine 30 MG and 0.5 MG aripiprizole for a week, then quit the aripiprizole entirely.

As we've learned the hard way, you don't quit this drug that fast! If the standard theraputic dose is 2MG, 1MG is still a large amount, and going to 0.5MG then *quitting* in a week is too fast. Mdln's schedule makes sense. I've discovered blogs suggesting even more wait and see time before further halving doses.

As has happened twice before when stopping aripiprizole, within three days, the length of time the drug remains in the body, DH had restless legs and body aches. And I had an anxious DH. Having failed, the psychiatrist sent DH to a neurologist. He examined DH and concluded...go back to what worked: 1MG aripiprizole with 20MG duloxetine.

We've had four months of unnecessary anxiety here. Once DH can get back to normal, he'll look at the *rational schedule* for reducing aripiprizole. Hard to trust after a doctor has screwed up this badly.

You *can* stop your drug, seagrass, but give it lots of time.

1 Like Save     last Thursday at 10:46AM Thanked by HU-753479426
Browse Gardening and Landscaping Stories on Houzz See all Stories

Kids’ Spaces Who Says a Dining Room Has to Be a Dining Room?
By Becky Harris
Chucking the builder’s floor plan, a family reassigns rooms to work better for their needs
Full Story 133

Kitchen Design Pearls of Wisdom From a Real-Life Kitchen Remodel
By Samantha Schoech
What your best friend would tell you if you were embarking on a renovation and she'd been there, done that
Full Story 210

Bathroom Workbook Homeowner’s Workbook: How to Remodel Your Bathroom
By Mitchell Parker
Create a vision, make a budget, choose your style and materials, hire the right pros and get the project done on time
Full Story 227

Have you used Zylkene for dog's anxiety?
1
Have you watched "I care a lot" on Netflix?
20 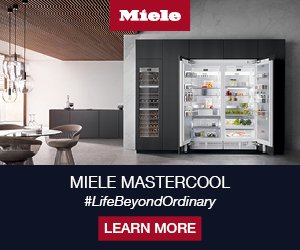