Hi everyone, could use some advise. We just had hardwood installed and finished. As early as yesterday. White oak with rustic beige stain that created a beautiful rustic brownish/gray floor. Then after the 3 coats of poly (Bona woodline) they now have an amber tone to them. First let me say, the floor guy I’m using is awesome, the work is great, I have no issues with them and he’ll re-do whatever I need him to.

But he says bona has the least amount of amber tint. That water based poly won’t adhere to the oil stain we used and that it doesn’t hold up as well as oil based. That basically with the water poly we’d be redoing the floors in a few years.

the pictures below highlight what I thought I was getting with the stain. floor on right has two coats poly, floor on left has third final coat poly. Such a difference. And they were taken at the same time of day.

So basically my options are learn to love it, or redo with water based poly so its clear.

This single photo is the floor with just the stain no poly at all yet so this is what we had wanted as the original design. when I thought the poly was clear.

GREAT HOME PROJECTSHow to Switch to a Tankless Water Heater
By Mariana Pickering (Emu Building Science)
New project for a new year: Swap your conventional heater for an energy-saving model — and don’t be fooled by misinformation
Full Story
210

ARCHITECTUREWant to Live by the Water? What You Need to Know
By Duo Dickinson, architect
Waterside homes can have amazing charm, but you'll have to weather design restrictions, codes and surveys
Full Story
62

EARTH DAY6 Projects to Create Beautiful, Water-Saving Outdoor Spaces
By Annie Thornton
Find out how to replace your lawn with a garden, make your landscape more permeable, install a greywater system and more
Full Story
24

SAVING WATERXeriscape Gardens: How to Get a Beautiful Landscape With Less Water
By Jocelyn H. Chilvers
Conserve water and make gardening much easier with the xeriscape approach’s 7 principles
Full Story
126

DIY PROJECTSCool Tip: Mimic Stain With a DIY Color Wash
By Chris Hill
Get the look of an oil-based stain without all the bother, using this easy wash made with paint
Full Story
47

MATERIALSBack to the Earth: Fired Up Over Terra Cotta
By Janet Dunn
The rustic baked-earth colors and textures of this clay-based material are having their time in the sun
Full Story
28

HOME OFFICES7 Ways to Make Your Home Office Work Better for You
By Design With Science
Have more energy, be more productive and feel better while working at home with these ideas based on science
Full Story
42 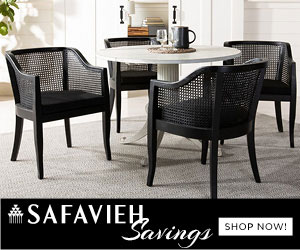 I think they call it Tan Brown Granite
17
Anyone have experience with Ultimate Floors Aqua Armor laminate?
0

What color carpet for this room?
13