Thread Reader
Seth Abramson
1h, 13 tweets, 3 min read
(IMPORTANT) I have something I must say, but I must say it carefully and ethically because I teach journalism, believe in journalism, and believe journalists must respect their roles. What I have to say will take a few tweets, but at the end you'll see it's important. Nationally.
(1) I am a curatorial journalist—a metajournalist. I compile, curate, and connect reliable major-media investigative reporting from around the world and going back decades. I do that job ethically. I am not a reporter. I do not wish to be a reporter. I will not become a reporter.
(2) Since I began writing the Proof series, I have been inundated with leads. Requests to connect by encrypted messaging. 99% of these were clearly dead ends, but it didn't matter because—again—I'm a curatorial journalist, not a reporter. And I told those who contacted me that.
(3) I do not have—and have never claimed to have—my own sources. As a curatorial journalist, my sources are (again) reliable major-media investigative journalism that has in many cases slipped through the cracks, been forgotten about, published abroad, and so on. That is my role.
(4) Apart from *one* exception I made in one chapter in Proof of Collusion (2018), I do not report the news—though curatorial journalism sure as hell *feels* to readers like I'm reporting the news, because the stories I'm connecting most people never saw when they were published.
(5) I'm won't report the news. But I have the ability to distinguish—as an attorney and former criminal investigator—between useful/useless leads and more/less reliable ones. But as a curatorial journalist I must wait until a story has been properly vetted, edited, and published.
(6) The secret to Trump-Russia collusion has been found. It is known. I've written about the parts of it I can ethically write about publicly because they have been vetted, edited, and published by reliable major-media sources. I will now repeat the information to which I refer.
(7) As Michael Cohen has now confirmed, Donald Trump believes that in 2008 Vladimir Putin personally directed one of his oligarchs, Dmitry Rybolovlev, to make a payment to Trump in the sum of $54 million (in net profit to Trump) on a Palm Beach property that no one wanted to buy.
(8) Donald Trump doesn't have the amount of money he says—and in 2008 his finances were collapsing. Trump believes that Vladimir Putin *gave* him $54 million via a pretextual real estate transaction that was actually a political bribe in expectation of a Trump presidential run.
(9) Trump was indeed contemplating a 2012 presidential run in 2008. Trump was indeed rescued financially by the $54 million in profit he got—he believed—from Putin. And within 60 months of that transaction another Russian oligarch would approach Trump promising even *more* money.
(10) Trump believed the 2013 Agalarov deal—which arrived 150 days *after* he informed Roger Stone he'd be running for president in 2016—was another gift from Putin, but this one far bigger than the one before: indeed, the Agalarov deal would have been the richest of Trump's life.
(11) Donald Trump developed his Russia policy pre-election; his predilection for Putin; and his post-inaugural pro-Kremlin policies—including slow-walking or blocking sanctions—because of past eight-figure payments from Putin and *anticipated future nine- or ten-figure payments*.
(12) All of this is public, even though we still have people who haven't written books on these matters going on cable news daily saying "one day we'll learn" what Putin "has on" Trump (as DNI Coats and CIA director Brennan have said) or what Trump expects from him. No—we *know*.
• • •

Email
SaveComment14Like3
Comments (14)
Thank you for reporting this comment. Undo

Cohen made an interesting comment about Trump wanting to stay in office if he is reelected in a piece on CNN and probably elsewhere.. When I have mentioned it previously I was hoping it was just a random thought.

I’ve been following this from Abramson, too.

Who is Seth Abramson?

Wow, that is an impressive bio!!

Seth Abramson is my go-to source for Trump-Russia.

No unsupported claims, names are given.

Iris, look him up on twitter, too. That’s where most people came across his work and investigations.

I just happened to have his window open --

It's tough to question his sources. He brings the receipts. His books are hard to digest though. So much detail, so many citations. It makes your head spin.

Just listening to Strzok on TRMS who has just released a book called "Compromised" ... in the interview he says, he doesn't know what putin has on trump, but trump's behavior suggests there must be something. He was about to start that investigation when he was canned. But he thinks it's financial given that's a common source for kompromat and given the extraordinary lengths that trump is going to to keep his taxes from being examined. Mueller never investigated trump's finances and he turned over all the counterintelligence stuff to the FBI. Given the state of the organization now with barr at the helm, it seems to him that nothing has been done, but he's not inside any more so he can't know for sure.

And just for all the trumplicans who believe he's a deep state plant given what he said about trump...he also said nasty things about hillary and bernie and said if anyone, he would vote for kasich. So there's that.

Yes, its sad that Mueller passed this off to the FBI and it appears that the investigation was shut down. No one followed the money. The truth is coming out in drips but no one notices or puts two and two together - except for Abramson. He keeps track of every bit of info that comes out and ties it all together. But still nobody notices. Because Trump keeps piling on new BS every day to keep people distracted and chasing their tails.

It all boils down to this. If you had just one chance to help right a wrong, to help people who are in need, to protect our environment from energy scavengers, to protect our democracy from a con man, to heal wounds and help unify our country, would you take it? That is the question for you on Nov 3.

Trump is the most fearful about people finding out about his finances. The proof is in the pudding.

Well clearly his sister the judge was fearful enough to resign her lifetime position rather than be examined for all the tax fraud the trumps pulled in the past.

3 Likes Save     September 11, 2020 at 3:04AM
Browse Gardening and Landscaping Stories on Houzz See all Stories

Housekeeping Dishwasher vs. Hand-Washing Debate Finally Solved — Sort Of
By Mitchell Parker
Readers in 8 countries weigh in on whether an appliance saves time, water and sanity or if washing by hand is the only saving grace
Full Story 388

Most Popular Is Open-Plan Living a Fad, or Here to Stay?
By Victoria Harrison
Architects, designers and Houzzers around the world have their say on this trend and predict how our homes might evolve
Full Story 449 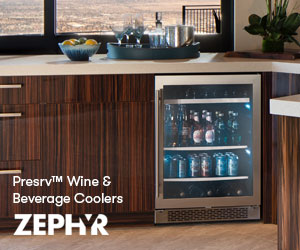 “Go for police buildings,” Hunter told Carrillo, according to charging
6
With thanks to Emily
16
Adios, but before it’s over...
86
The Melania Doubles
47
Our new politics forum
264
Browse Outdoor Photos on Houzz