"In a contentious interview on the BBC’s “Newshour” on Friday, the president’s new coronavirus adviser, Dr. Scott Atlas, said the United States had actually handled the coronavirus pandemic better than Europe, citing a discredited statistic of unknown origin.

In recent days, Atlas has eclipsed Dr. Anthony Fauci and Dr. Deborah Birx as Trump’s most visible, and presumably trusted, coronavirus adviser. In that role he used his appearance on the BBC to defend aspects of the president’s widely criticized response to COVID-19.

Atlas is affiliated with the conservative Hoover Institution at Stanford University. An expert in brain imaging, he has no experience with pandemic response but appears to have parlayed his frequent appearances on Fox News into a White House appointment.

Before joining the Trump administration, Atlas made statements that called into question his understanding of the virus. He backed the push by several Republican governors to reopen their states’ economies in early May, while most public health officials, including Fauci, were urging caution. Many states in the Sun Belt did reopen, only to see significant spikes in both infections and deaths.

Later, Atlas tried to blame those spikes on antiracism protests and on immigrants from Mexico. The view of most public health experts is that when governors took the approach Atlas advocated, newly reopened restaurants, bars and other venues quickly became sites of viral transmission.

Atlas has supported the controversial strategy of allowing the virus to spread naturally until enough of the population — around 60 or 70 percent, by varying estimates — has been exposed to achieve what’s called “herd immunity,” at which point the epidemic should end on its own. That was Sweden’s goal in resisting the kinds of lockdowns most other nations instituted. That strategy failed.

Atlas also believes that although nearly 190,000 Americans have died from the coronavirus, the nation is on better footing, in relative terms, than many of its counterparts in Europe, where the virus has largely been contained.

“Europe has done 38 percent worse than the United States in excess mortality,” he said. “No one talks about this.”

Trump and Republicans have repeatedly asserted in recent weeks that excess mortality in Europe is 40 percent higher than that in the United States. The principal problem with this assertion is that it is not true. Trump appears to have simply made up the statistic, and a fact check of the claim by the Annenberg Public Policy Center found it to be false.

It is not clear where the 38 percent figure cited by Atlas comes from. He did not respond to a request for comment from Yahoo News. . . .

“We’re doing much better,” he said in his BBC interview, which came on the same day that the United States saw yet another day of more than 1,000 deaths from the coronavirus."

So, Trump's pandemic advisor from FOXNews doesn't know what he is talking about. Surprise! Surprise!

Email
SaveComment8Like4
Comments (8)
Thank you for reporting this comment. Undo

This administration is a showcase of incompetence, deliberate misinformation and outright lies, starting at the top. Disgraceful!

I just don't understand the turn away from science, knowledge, expertise, and not just by Trump.

The Deep State is actually the Trump administration.

Fox viewers will believe him and repeat it.......Trump and his mouthpieces have moved beyond alternative facts.

Oh geez, that might be the BBC interview I heard on local radio the other day. It was very disturbing. He was so insulting and condescending and made many weird assertions.

Yes, Kate, I agree, Dr Atlas has no expertise to be advising and making declarations about Covid-19. He is an appointed lackey. His qualification is loyalty to Trumpism.

Better than Europe. Not so far. Europe simply got hit before the USA.

But now the USA has passed Sweden in deaths per capita. The charts demonstrate that even with no lockdowns, Sweden had the better response.

Sweden suggested masks and social distancing without making it mandatory. No lockdowns or business closures. They did eventually limit access to care homes and had university students take part time online classes.

I think this is what happens when citizens follow the rules and trust their government.

2 Likes Save     September 6, 2020 at 6:40AM
Browse Gardening and Landscaping Stories on Houzz See all Stories

Most Popular The Polite House: On ‘No Shoes’ Rules and Breaking Up With Contractors
By Lizzie Post
Emily Post’s great-great-granddaughter gives us advice on no-shoes policies and how to graciously decline a contractor’s bid
Full Story 770

Kitchen Storage Should You Use Open Shelves in the Kitchen?
By Mitchell Parker
Two designers make their cases for and against using floating kitchen shelves
Full Story 198 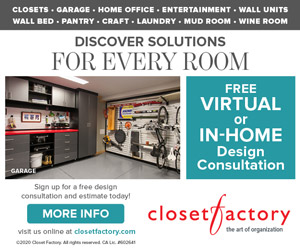