"The explosion in #Beirut’s port area is utterly extraordinary — the blast wave is huge. Lots of initially small explosions followed by a massive one raises lots of questions - potentially consistent with large scale munitions, but also mass gas storage?"

Email
SaveComment37Like
Comments (37)
Thank you for reporting this comment. Undo

That was pretty bad. I'm glad my friend is safe on his farm near Tripoli.

It could have been an arms stash.

The mushroom cloud and dark pink smoke are suspicious.

Tons of explosives either fireworks or armaments but why so close to people and buildings?

2.700 tons of ammonia nitrate. Like a huge fertilizer bomb. It blew up their wheat and grain silos.

This takes me back to the 80's. I co-wrote a song about the truck bomb in Lebanon.

Trump says it was an attack, a bomb

has it been recorded at all, Lurker? I am not familiar with it

"Trump says it was an attack, a bomb"
I hope, hope, hope he is wrong

Trump says it was an attack

How would he know; he says that the IC doesn't brief him.

Some people are reporting a missile...I saw a bird.

It seems that this material can spontaneously combust but whether a missile set it off or it set itself off, was nobody aware of the danger?

The cause of the blast was not immediately known, although Lebanese government officials said highly explosive material was in storage at the port after being confiscated from a ship, The Associated Press reported.

Video on social media showed an initial column of smoke rising at the port before a second, more forceful explosion occurred — sending shockwaves across the city that overturned cars, blew out windows, and collapsed balconies and roofs.

It seems to have been set off by the fire from the first, smaller explosion in the fireworks factory. No one has said anything about what caused that one.

It's heartbreaking that all harbormasters did not learn from the Halifax explosion.

More than 2,700 tons of ammonium nitrate was stored in the Beirut
warehouse that was the scene of Tuesday's deadly explosion that killed
dozens of people in the Lebanese capital, authorities say.

Don't remind me of the missile strike in West, TX 2013. There were videos of the missile. obama-biden? I'll have to see if I can find that video. It has probably been scrubbed.

Apparently the Pres was speaking out of turn again. Defense officials deny it was an attack Sheesh https://twitter.com/ryanstruyk/status/1290816143029149696

It is what it is.

"What did Bibi mean by this?"

I am not a fan of Netanyahu but he has made many similar threats regarding Syria and Hezbollah in the past. It is just, most likely, a poorly timed, yet another, threat.

As far as the explosion - I can't even imagine the damage it left. I saw one video, one from a distance, and I know I don't want to see another. The power in that explosion was shocking to me.

Obviously when Trump said it was an attack, Israel moves into the frame, does he know this and was looking to create an incident ?It is hard to tell.

apparently the material has been stored there since 2013,removed from a ship precisely because it was dangerous, so it was no secret.

Anyone with that knowledge should have ordered an immediate evacuation with a fire nearby.

Or better, never have stored this is a populated port.

Israel is always in the frame with Lebanon. It is way too early to make any accusations. Iran, Syria, Russia are all allies with Hezbollah. Officials better be careful with making accusations because Netanyahu already "incriminated" himself to the public so a lot of eyes will look to Israel. I do believe it was an unfortunate accident though. It was way too much to just make a statement that I can't believe this was an intentional act, even by Netanyahu standards.

Many countries improperly store waste and hazardous material. It is so grossly accepted that I hope officials actually start regulating this. Hahaha, sure day dreamer.

The government of Lebanon is not the only corrupt government but corrupt it is and here we see a result, remember also that the country has sanctions appled by us, so I don’t see an easy way out of a mess that just got worse.

The people in charge of storing this stuff, Customs officials apparently asked for it to be removed by shipping it out destroying it or selling it and here is the bingo winner I think. Money and corruption go together like Al and Capone.

From what I understand, this started with a fire caused by welders working nearby. Firemen were there trying to put out the blaze when the warehouse caught fire. The whole thing blew up and the firemen were caught in the blast. They're looking for the bodies. So, it doesn't sound to me like Israel was involved.

This is in the UAE.

There has to be a connection, if this is a coordinated effort it is too sophisticated for isis or al Queda so the the plot thickens.

There is another one in Saudi and a forest fire in France.

The comments on the French fire thread are a hoot. Chemtrails, the Book of Revelation (invariably misspelled with an 's' on the end) and QAnon conspiracy theories. Sometimes a fire is just a fire.

Another in North Korea.

I saw an IV with the Chief of Staff, and he certainly was not dismissive of the idea that it could have been an attack. He was a bit cagey, so perhaps that was just validating what the Pres said, but I sure hope it was a tragic accident. 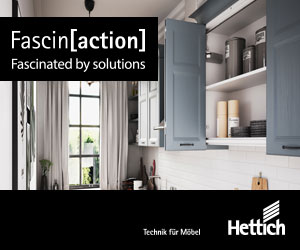 FNM - LOOKING UP
42
CDC chief says masks better at stopping coronavirus than a vaccine
36
United States is backsliding into autocracy under Trump, scholars warn
7
Monarch butterflies headed for extinction, immigration may be cause
23
L.A. Sheriff Villanueva Asked to Resign by Oversight Board Members
18
Browse Outdoor Photos on Houzz