Nobody Ever Accused Don Jr Of Being The Smart One

I wonder how many Kimmy G infected?

Nobody Ever Accused Don Jr Of Being The Smart One

Rich people, man.
A Hamptons insider was stunned to arrive at a house in Bridgehampton on Saturday night to find a packed party that looked “as if COVID had never happened” — with Donald Trump Jr. and girlfriend Kimberly Guilfoyle among the revelers.

Our spy estimated there were about 100 partiers, who our source says were maskless, at the bash at the 51 Sandpiper Lane mansion, hosted by famed Hamptons builder Joe Farrell, who owns the pricey pile and is selling one down the road for $15 million. The event — which comes days after Long Island entered Phase Three of reopening and while COVID cases surge in some parts of the country — had a caterer and uniformed bartenders.

That was last weekend.

Email
SaveComment52Like3
Comments (52)
Thank you for reporting this comment. Undo

Kimberly was at the Tulsa rally as was Cain. Timing is about right.

Jimmy Johnson of NASCAR is positive too.

Leave it to Tweety's clan to host/attend Covid19 parties, some apples not only don't fall far from the tree but they rot and stink.

Kimberly and Donnie Jr. were in SD at Mt Rushmore when they were tested and she came up positive.

So they had to drive back east instead of flying. Wonder how they got there and if all those folks on the plane were notified?

Yeah, it's getting closer for Donald Sr.

It’s amazing the way the virus knows not to infect protesters and rioters.

Who said it did?

It's amazing the way some manage to bring up "protesters" and "rioters". No matter the topic. Well, at least they are giving Obama a break from being the reason for everything.

There was a FB post of the two of them at a smaller event before the rally with Noem sitting a few feet away. No masks except one guy. K talks then hands the mic to junior. Bet all those people are a little freaked out today along with Hampton partiers.

I thought we've known for at least a month that the most likely way to contract COVID is to attend get-togethers inside our homes.

Papa Trumpy is speaking at a Florida fundraiser next week at a supporter's home. $580,000 per couple. Remember when one of the selling points for Trump in 2016 was that he wouldn't be beholden to anyone because he could fund his own campaign?

Heard a doctor on Fox interviewed last night. She said there has been no measurable uptick in cases due to the protesters. So, even Fox is saying it’s not the protesters, who wore masks—-unlike the Trumpers going to rallies, bars, restaurants, etc.

Don Jr. and Kimberly have a wide circle of contacts. That's not troubling?

.......and the people that come in contact with them not as a matter of choice? Collateral damage...let them eat cake.

Anyone who is in a public place FOR ANY REASON who is not wearing a mask and physically distancing is a problem. The REASON is totally irrelevant. Covid doesn't give a rats a$$ about your motivation or who you are.

The Trump campaign is becoming a traveling hot spot. Next week they'll all be in Florida for a fundraiser. They'll also be there for the convention next month.

There are no smart ones in that family except possibly Tiffany who seems sensible enough to remove herself from the mayhem.

Like he says, we all have to "live with it". Glad the Trump clan has volunteered to go first.

I think trump will continue to downplay the virus, until he gets it himself and is on a ventilator. Then it will be a problem. I really don't think he can keep dodging it for much longer.

Honestly, I think some Trump supporters are disappointed that more protesters didn't get covid!

It would be karma with a capital K if Trump got the virus. They'd probably try to hide it.

Tiffany was at the rally last night, sans mask. So seems she’s not too bright either. I was hoping she would run for the hills after law school, make her own way, and get as far away from the trump crime syndicate as possible.

Yeah, but he took hydroxychlorozine, and it's working!

I think the Trump haters wish the worst for him, his family, his supporters and the Country

was hoping she would run for the hills after law school, make her own way, and get as far away from the trump crime syndicate as possible

"Nevah go against the family, Kimberly"

Forget what I said about Tiffany.

There are no smart ones in that family.

Pap, I do not have kind thoughts for Trump, his family or his supporters. I'm rooting for the country to come together and correct the mistake made in 2016.

Paprikash says that those in contact with coronavirus victims can make their own decisions, that can’t be true can it ?

"Paprikash says that those in contact with coronavirus victims can make their own decisions, that can’t be true can it"

Of course it isn't true but it is what the Trump supporters believe. How on earth can I make a decision about being in contact with a covid person person without knowing that they are....just plain covid stupid!

Were you concerned about the Rioters, too?

Paprikash, of course....it's not about WHY they engage in irresponsible behavior...that is irrelevant. It is the impact on the innocents.

Whether you are" protesting" or "rallying" is of no matter it is what you are doing in terms of covid and your responsibility to each other that counts. All responsible people should decry ALL manner of irresponsible gathering.

paprikash, do you wear a mask when you go to places where people you don't know are present? Grocery store, salon, waiting rooms, etc. Do you attend parties?

Yes I do wear a mask. No parties. But I do not judge those choosing not to mask,

Yes I do wear a mask. No parties. But I do not judge those choosing not to mask,

If they do not then social distance and get within my personal space, I certainly judge. I liken it to someone who thinks it's A OK to blow their second hand smoke in my face, disrespectful and selfish to the 10th degree.

We agree on social distancing (especially if someone is not masked)

If we are indeed fighting a war against Covid-19, aren't those who set up situations in which the virus is easily spread giving aid and comfort to the enemy?

It’s mainly Trumpers who refuse to wear a mask, so of course you don’t judge them. But the right judged the heck out of masked protesters, not a word though about unmasked rally goers, or against Trump for having rallies.

Here's some free advice for the trumperniks around here. It's better to be thought a fool than to open your mouth, (or your keyboard, so to speak) and prove it to be correct.

How much $ every time the word "rioters" is posted? Must be a fair sum considering it's in every single thread and most posts.

Clearwaters — that’s great advice for the Trump haters. They do tend to post some foolish things

olychick - apparently the rioters looting and burning doesn’t bother you; it does bother me and I will post about it whenever I choose. I certainly don’t need your approval

And now we are in the "I know you are but what I am?" portion of the thread.

I find it interesting that some have this invisible barrier surrounding themselves that no one ever breaks through although they still go out to public places.

It’s mainly Trumpers who refuse to wear a mask, so of course you don’t judge them.

Dems lead the way but republicans are increasingly in favor of masks. The change is recent.

Anecdotal to be sure, but all the people I know who are disdainful of masks are Trump supporters. It's all about personal freedom to do what they want (you can't tell me what to do).

While there were hundreds of thousands of protesters, rioters were few in comparison, yet trumpers conflate the two and say “rioters” just to inflame.

Masks—-not a “feeling”—-it is plain as day. Most protesters, 90%, wore masks. Trump rallies, almost no masks. trump politicized mask wearing on purpose to sew division. He refuses to wear one and criticizes those who do. It’s just another loyalty test to him, public health be dammed. Evil.

Riot and rioters are just straight from the rw playbook.

Ignore and it will go away

I'd like a few more years on this world and not die of covid-19. I'm terrified of not being able to breathe and slowly drown in my own body fluids. So please just wear a mask in public and keep your distance. I think I'm going to have a tshirt made with that front and back to wear out in public.

An anti-mask protest organized by Alex Jones was held in my city yesterday. Any guesses who these idiots will be voting for in November? https://www.kxan.com/news/local/austin/group-to-hold-anti-mask-protest-in-downtown-austin-today/

It's too bad that not only the stupid will get it. They'll swamp the hospitals and those who have been trying to stay safe or are front line workers could be turned away for treatment because of it.

An anti-mask protest organized by Alex Jones was held in my city yesterday. Any guesses who these idiots will be voting for in November?

If trump from the start said that he was going to wear a mask because it was his civic duty to do so then these same idiots would be pro-mask and protesting anyone who didn't wear a mask. Even trumpsters here know it's true.

Decorating Guides The Dumbest Decorating Decisions I’ve Ever Made
By Fred Albert
Caution: Do not try these at home
Full Story 357

The Hardworking Home 6 Smart Ways to Work Your Square Footage
By Marty Buckenmeyer
The Hardworking Home: From Juliet balconies to movable walls, here’s how to make a home of any size feel more open, flexible and fun
Full Story 98

Home Tech Smart Phones Hold the Keys to Front Doors
By Mike Elgan
Knock, knock. Who's there? A brand-new generation of hardware and app combos that let you play doorman from anywhere
Full Story 31

Wednesdays seem to be poll days
54

Children are almost immune says Donnie.
8
Hiroshima plus 75
19
That didn't last long. Rioting returns to Portland.
29
Who Can Find 'Thighland' on a Map?
21
Browse Outdoor Photos on Houzz 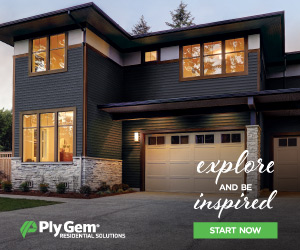