I guess you have to belong to Instagram to see some of this but here is the gist:

"Many people on various social media platforms including Twitter, Facebook, and Instagram have joined in an online protest called “Blackout Tuesday,” a show of solidarity with those protesting the death of Minneapolis man George Floyd at the hands of the police.

Users have been posting a black square after music and entertainment companies called for the online protest, suspending record releases and even halting programming on some television channels for 8 minutes and 46 seconds, the length of time that former police officer accused murderer Derek Chauvin kept his knee on the neck of his victim George Floyd.

Although some users have expressed concerns that the number of people in this particular online protest using hashtags like “#BLM” and “BLACKLIVESMATTER” is crowding out posts that use those hashtags as ways for in-person protesters to get safety updates as they demonstrate out in the streets, in all it is a powerful statement of solidarity with not just Floyd but the victims of senseless police violence all over America this year and every year.

The names can never be forgotten: Mike Brown, Eric Garner, Tamir Rice, Philando Castile, Charleena Lyles — there are far too many to list.

I have to wonder which of those names Tiffany Trump remembers, but she was nonetheless among those participating in the internet demonstration on Instagram on Tuesday.

Now take that in for a minute. This is not like Ivanka posting platitudes on Twitter about peace and harmony and champagne popsicles. This is the overlooked Trump child posting “#justicefor georgefloyd” in an online protest after her father called protesters “Lowlifes and Losers.”

I can’t wait to see what dad has to say about that."""

Email
SaveComment13Like8
Comments (13)
Thank you for reporting this comment. Undo

don't worry. those who care do.

I really wonder what she will do with her life. I think she just graduated from law school. I sincerely hope she goes her own way, but Trump may make it difficult for her to opt out of the “family business.” I suspect he told the other three he’d cut them off financially unless they did what he said. I hope Tiffany has the strength to run in the other direction from the crime family she had the misfortune to be born into. I hope Baron will escape from them too. Time will tell.

That's a nice quote, Keller had quite a few good ones. Amazing mind.

As for Tiffany's posting it, great! I'm sure Dad is proud, why wouldn't he be?

Duh, 'cause it's not a message he believes in & actually is counter to his messages.

Tiffany may soon be excommunicated from the Trump Crime Mob.

He'll just say she got corrupted living in lib. California her whole life.

Is there something wrong with that? I was the first person on this forum to comment on the murder, a day before anyone else did. Is there anyone who isn't against the killing?

This has nothing to do with the pseudo protesters. (rioters)

Do you know how many of my Trump supporter friends have posted the same thing on instagram?? Including me. Now, the rioting and killing innocent people...that's a different story.

Yea, Tiffany!! Your father is proud of you!

Too many to count. Guessing around 100 or so, of just my friends who I follow. It's no surprise, we are all for protesting in a civil manner.

Duh, 'cause it's not a message he believes in & actually is counter to his messages.

Is a person considered open-minded or close-minded when they pretend they can know what's in another person's mind? Hmmm.

Kitchen Design New This Week: How Dark Can Your Kitchen Go?
By Mitchell Parker
These 3 kitchens wow with dark cabinetry and drama
Full Story 118 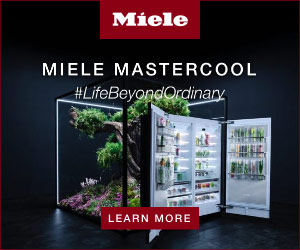