We don't know these folks...

Email
SaveComment21Like
Comments (21)
Thank you for reporting this comment. Undo

Those are the facts...here's what I'm thinking...

We've got russian bots busy dividing and agitating the nation, doing anything to disrupt our country esp before the November elections. We've already seen them pushing for protests about opening up businesses when the majority of Americans don't see it as safe.

We now have white supremacists, who have been waiting for a race war to break out as a precursor to the second coming who are being incited by these bots and racist code words from the president (such as looting...shooting...) infiltrating and causing violence in various cities around the country to disrupt civil order and foment greater divisiveness.

We've also now got the President putting the military on alert ready to send in armed forces to be used against US citizens...a president who's befriended an authoritarian, following the playbook, needing a crisis as an excuse to move in troops, declare martial law and deprive us of our freedoms, especially our freedom to vote him out.

Hate to tell you Annie, no one outside of some benevolent aliens from some far, far away galaxy is coming to the aid of the current America. I'd venture to guess there's a lot of Schadenfreude around the world. The America envisioned and codified in the Constitution has almost disappeared already. Divided we fall it appears.

Well maybe the protestors should stay home tonight and let the military come in and clean up the remaining trash, whoever they may be. Should go pretty quickly if they don’t have to differentiate.

The America envisioned and codified in the constitution is coming to fruition.

The Constitution was underpinned on racial inequality and the exploitation of people of colour despite its pretty words.

And we see the result.

Do you really think that White Supremacists need to be incited by bots? I'm pretty sure that they can do this all by themselves. They are opportunists.

I also figure that if trump has decided to declare Antifa as a terrorist organization (he is such a idiot) then so goes white supremacists.

Nice to see this thread returned after being deleted by the mad weekend deleter.

I'm not alone in thinking the russians are agitating the situation. Susan Rice apparently thinks so too: https://www.nationalreview.com/news/susan-rice-blames-foreign-actors-for-stirring-george-floyd-protests-right-out-of-the-russian-playbook/

“I’m not reading the intelligence today, or these days — but based on my experience, this is right out of the Russian playbook,” Rice, who served as national-security adviser to president Obama, said in a CNN interview on Sunday....

“Well we see it all the time, we’ve seen it for years, including on social media where they take any divisive, painful issue . . . and they play on both sides,” Rice said. “I would not be surprised to learn that they have fomented some of these extremists on both sides on social media . . . [or] that they’re funding it in some way, shape, or form.”

We saw them creating fake rallies in 2016, and they've only gotten better and more practiced at it, especially since this president has done nothing to stop their interference...or in all honesty has *welcomed* it as they helped him get elected then, and he needs all the help he can get this time for sure. We know he's contacting putin still, even welcoming him back into the G-7...

The more broken America is the easier it will be to take over. US will be the biggest conquest but RW extremists are acting worldwide. Bannon has started taking enrollments for his “gladiator“ Nationalist school in Italy after winning his court fight. This is just the beginning.

Melvin Carter walked back his stupidly preemptive statement about most rioters being "outsiders" to MN. It now appears most are home grown.

It's truly amazing to me Kathy how quickly all this ugliness has been unleashed.

Fyi. Reported that 20% of those arrested in Minneapolis were from out of state. Some of which included, Ohio, Illinois, Texas. A number of cars stopped and witnessed had license plates removed were cars stolen in Minnesota. At least one of the occupants were from out of state, they found abandoned cars, one was stopped and occupants mostly not captured, they ran. Many of those cars were found to be loaded with "instruments of destruction" rocks for throwing, supplies to make Molotov cocktail etc. Boxes of rocks were found around the city placed hidden in areas for easy access to rioters. Some reports came in from witnesses seeing unlicensed cars placing the boxes in various areas.

There is coordinated` strategy ready to take advantage of a situation. This is only a small faction of what will happen if Trump is voted out of office.

"According to Saint Paul Mayor Melvin Carter, every person arrested in
the city last night was from out of state: “We don’t know these folks,”
he reiterated."

The mayor has since corrected himself, Annie.

"I'm not alone in thinking the russians are agitating the situation. Susan Rice apparently thinks so too"

Agitating is what they do.

I wouldn't be so sure Kathy.

I don't think America will be so quick to roll over for this Lunatic in Chief.

he also said this in your article

We're going to start releasing who some of these people are," Walz said. "And then be able to start tracing that history of where they're at, and what they're doing on the dark web and how they're organizing."

" Bannon has started taking enrollments for his “gladiator“ Nationalist
school in Italy after winning his court fight. This is just the
beginning."

right under our noses, too. So many instances of "outside agitators" being white supremacists just drooling for the race war they claim will give them back the Amerika they fantasize about.

People who are trying to tie this with Russia are being laughed offf the WWW. That's kind considering they are hijacking a tragedy to promote their favorite c.t..

I heard Mayor Carters statement live. He clearly said to paraphrase, "according to the briefing I was given, 100%'. As has been noted, like a responsible adult he took responsibility for his words and issued a correction.

Here is an example of the types the governor and mayors were referring to:

"MINNEAPOLIS — An Illinois man has been federally charged with coming to Minneapolis to promote and engage in riots, bringing explosive devices with him.

U.S. Attorney for the District of Minnesota Erica MacDonald has charged 28-year-old Matthew Lee Rupert with civil disorder, carrying on a riot, and possession of "unregistered destructive devices."

This type of crime, when alleged to have been carried out over state lines, becomes a federal charge.

According to the criminal complaint filed against Rupert on Monday, the Galesburg, Illinois resident posted on Facebook May 28, "I'm going to Minneapolis tomorrow who coming only goons I'm renting hotel rooms."

On May 29, the complaint says Rupert went live on Facebook, where he can be seen passing out explosive devices in Minneapolis, encouraging others to throw them at officers, and appearing to light a building on fire and loot businesses.

Federal prosecutors say Rupert can be heard in the video saying, "They got SWAT trucks up there ... I’ve got some bombs if some of you all want to throw them back ... bomb them back ... here I got some more ... light it and throw it.”

Early in the video, Rupert is heard saying, "we come to riot, boy, this is what we came for, and we got it."

Rupert is also seen on video entering a Sprint store and then saying "I lit it on fire," and then taking items from an Office Depot, according to the complaint.

At about 41 minutes into the over 2-hour-long video, the complaint says that Rupert says "Let's go f--- up the liquor store" and provides a tool to pry plywood boards loose."

This story tells of numerous reports by residents of "unusual" people sighted:

"On his way home from a protest Friday night in Minneapolis, Jonathan Turner Bargen encountered a white man in a red pickup truck. The man was carrying an assault rifle and a handgun, Turner Bargen said. Then he noticed a symbol from the far-right militia group Three Percenters affixed to the truck.

“I circled back and took pictures of the vehicle. I was concerned about why they were present at the downtown protest, and had no idea who to notify,” said Turner Bargen in an email to MPR News.

State officials, protesters and residents say they’re alarmed by the presence of extremists who may be using Twin Cities protests against the police killing of George Floyd as cover to burn down buildings and face off with law enforcement. Hundreds of buildings have been damaged and many totally burned in recent days. "

he also said this in your article

"We're going to start releasing who some of these people are," Walz
said. "And then be able to start tracing that history of where they're
at, and what they're doing on the dark web and how they're organizing."

We can all hope every one of those victimized communities are doing the same thing.

If "white supremacists" can trigger blacks to destroy their own cities and kill cops and innocent people, then they have them just where they want them. Brainwashed people are easy to control. I see plenty of provocateurs. They sure don't look like "white supremacists" to me. How easy it is to set them off!

Does anyone trust a crat investigation? That would be crazy after everything we've witnessed.

Did anyone see the riots in Atlanta last night? lol

Like Save     June 2, 2020 at 6:23AM
Browse Gardening and Landscaping Stories on Houzz See all Stories

Life Tell Us: Do You Know How to Live With Your Parents?
By Becky Harris
If you've tried multigenerational living under one roof, we'd love to hear the details
Full Story 100

Lighting What to Know About Switching to LED Lightbulbs
By Karen Egly-Thompson
If you’ve been thinking about changing over to LEDs but aren't sure how to do it and which to buy, this story is for you
Full Story 240

Furniture What to Know Before You Buy a Sectional
By Becky Dietrich
Learn about sizes, arm setups, seat types and more to get the right sectional for your space
Full Story 122
Sponsored Story

Peter Zimmerman Architects
Pro Spotlight: Get an Outstanding Home That Fits Right In 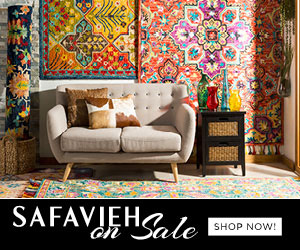