This is downright scary!

"White House officials expressed growing alarm Tuesday about the coronavirus outbreak in New York City, advising people who have passed through or left the city to place themselves in a 14-day quarantine.

Officials warned that the outbreak could reach its peak in New York City much sooner than expected and said they had begun treating the region as a coronavirus hot zone, akin to areas of China and Europe overwhelmed by the virus.

About 60% of the new cases in the country were in the New York City metropolitan area, and the infection rate was eight to 10 times greater than other parts of the country, officials said at a briefing with the White House Coronavirus Task Force.""

. . . Cuomo offered a grim forecast for the outbreak in New York, saying that it would flood the state’s strained hospitals with as many as 140,000 stricken patients in the next few weeks.

Cuomo said that in New York City, new cases appeared to be doubling every three days. The crisis has already claimed the lives of more than 200 people statewide.

Confronting what he called these “astronomical numbers,” Cuomo, who has generally been restrained in his criticism of Trump during the crisis, lashed out for the first time at Washington’s response. He chastised the Trump administration for sending too few ventilators and drew an instant rebuke from the president.

"As the number of cases in the city neared 16,000, the police launched a new series of patrols to encourage people to stay inside and to practice the appropriate “social distancing” that health experts recommend in order to stop the spread of the virus.

. . . Cuomo painted a bleak picture of the days and weeks ahead.

He projected that the state would soon require up to 140,000 hospital beds when only about 53,000 were now available for use. He also said that doctors could ultimately need as many as 30,000 ventilators when only a fraction of that number — somewhere around 5,000 — were currently available.

On Monday, federal emergency officials announced that they were sending 400 ventilators to the state, a figure that Cuomo said barely dented what local officials desperately required.

Not long after Cuomo spoke, Pence announced that an additional 4,000 ventilators were either on their way or would soon be sent to New York state.

The breathing machines were only one part of a landslide of medical equipment being rushed to hospitals in the city and its suburbs: 340,000 N95 respirator masks; 145,000 surgical gowns; and 350,000 pairs of gloves.

But even in such large amounts, the fresh supplies might not be enough to stave off disaster in the next two months, Cuomo said.

Sounding both alarmed and deeply frustrated, the governor said that he was baffled that the federal government had not done more. That prompted immediate criticism from Trump, who suggested that Cuomo had made choices years ago to forgo purchases that led to the shortages.

Though the New York area was the current epicenter of the outbreak in United States, Cuomo cautioned that it was also “the canary in the coal mine” for the rest of the country.

“What happens to New York is going to wind up happening to California and Washington state and Illinois — it’s just a matter of time,” he said. “We’re just getting there first.”

Email
SaveComment24Like
Comments (24)
Thank you for reporting this comment. Undo

“We haven’t flattened the curve and the curve is actually increasing,”

This is what we face across the country unless shelter-in-place orders are given.

I'm a bit confused by the reasoning of some things Cuomo is saying. I get his desperate reasoning for asking for all of the ventilators to be sent to NY, and then have them be "passed on" to other areas as the numbers rise elsewhere. But the reality would be that NY would not be finished with the ventilators yet, so then what? No one else gets any? Or is he planning to disconnect patients from ventilators and tell them "Sorry, your time for being able to use this ventilator is up because another state needs it now?"

I’m definitely scared. Not panicked but scared. Except for food shopping we’re ok hunkered down. But there’s the food shopping. Yes I’ve got enough to stretch for weeks. But if I start depleting that, what happens when I run out. Can’t just wait and load up again as a lot isn’t available, and a lot is sold in limited quantities. Plus I’m shopping for my parents. I keep thinking about what Hay said on another thread, it’s safer out there today than it will be tomorrow. Everything is so catch 22.

Thank goodness Cuomo is doing the math to know what his state needs and is pleading for it.

strategies and planning. everyone is on their own here in Fl. plus on March 17th,

Orlando Mayor said hospital beds were at capacity w/ respiratory and pneumonia cases. We didn't have any tests then to even know what those patients had.

now we have a few tests and the number of cases is doubling every 3-4 days.

Just heard on CBC news from a reporter in New York City that a convention centre is right now being converted into a 1000 bed hospital.

The governor of my state (Illinois) has offended Trump by calling him out on his lack of leadership. Watch Trump act completely in character by trying to *punish* the truth-tellers. He has to go! The nation can't be allowed to deteriorate into a bunch of states fighting for national aid.

President Trump will either be reelected or he will not.

It has nothing to do with what an individual or more than one individual thinks about whether he is in office or out or should be.

One of the problems in New York and other such places is that the morons won't stay home. Any reasonably intelligent person knows they should stay home. But noooooo, they insist on going out and partying. Did you see Mardi Gras?

I actually felt despair for our country when I saw that picture.

Shrove Tuesday which is the last day of Mardi Gras was February 25 way before most areas started worrying about the virus. After all at that time it was considered a hoax.

That picture does show a lot less people than normal.

Social distancing efforts to stop the spread of coronavirus in New York, the epicenter of the American outbreak, are showing signs of working, Gov. Andrew Cuomo said on Wednesday.

The US will pass Italy tomorrow. China, before the weekend is over.

The US has passed China on total cases but let’s face it, China is not reporting its total cases.

Not defending or denigrating any particular side. Just stating the obvious.

And Russia of course has fewer than 900 cases?

Let's face it, with a lack of tests available, the US is not reporting total cases either.

Meanwhile, idiot in chief keeps saying stuff like “we have to get back to work, this isn’t us, this is America, we’re going to have suicides, no one saw this coming.”

Yeah, talk about suicide—-brilliant thing to do. And lots of people saw this coming, he chose to ignore it. As a commentator put it “it’s the arrogance of this administration that is going to cost lives. The arrogance of closing the WH pandemic office and the arrogance of tearing up a report from experts.” I’ll add stupidity and incompetence.

He just wants to save his reelection, pure and simple. Pretend everything is normal, downplay everything, He and the Republicans are a disgrace. Trump should be forced to resign, now.

Russia closed off Moscow today so something is up.

The governor my my state announced starting tomorrow at midnight until April 10th we are on mandatory lockdown. I've already been for the past 2 weeks since my son started working from home. Only going out for essentials, which is really not foreign to me anyway, ie; essentials only that is.

I was a bit mad at my son when he decided to build a new computer and had to go pick up the parts he ordered last week. I guess it was pretty busy at the electronics store. Hopefully he wasn't exposed, he has been monitoring himself closely.

Russia I'm sure is not being truthful about the spread. I read somewhere there has been an increase in pneumonia deaths but no accounting for any virus deaths. Some had said they were instructed to not list as the possible virus for cause of deaths.

There has been so much lying, obsfucation, cover ups, excuses. We still can't test all who need it in Florida. There's such a long list of qualifiers, very few get through.

This is by design so they don't have to admit there's too few tests available. Nurses are going on TV pleading for PPE's.

When Gov. DeStupid was told by a reporter that people can't get through to the unemployment office to file for benefits, he laughed. Laughed.

Like Save     March 27, 2020 at 3:04AM
Browse Gardening and Landscaping Stories on Houzz See all Stories

Sheltering at Home How Are You Passing the Time at Home Right Now?
By Mitchell Parker
Share your thoughts about how you are coping with stress and staying grateful during this difficult time
Full Story 321

Houzz TV Houzz Tour: Going Off the Grid in 140 Square Feet
By Mitchell Parker
WIth $40,000 and a vision of living more simply, a California designer builds her ‘forever’ home — a tiny house on wheels
Full Story 251

Killing Our Base To Own The Libs
17
Another Day, another commercial for hydroxychloroquine......
50
Max Boot, former republican: Worst president in History
1
FNM; Category is ... Astrology!
63
Georgia farmers need workers
13
Browse Outdoor Photos on Houzz 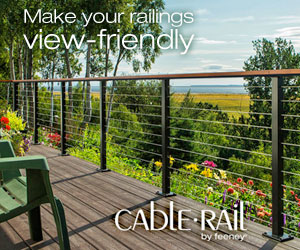