A former cable business news anchor tossed her hat in the primary ring against AOC, the lefty firebrand who is running for a second term in the district spanning parts of Queens and the East Bronx.

“I am the daughter and granddaughter of working-class Italian and Cuban immigrants,” said Caruso-Cabrera, who has no previous political experience. “I am so lucky to have had such a wonderful career and I want everybody to have the opportunity that I’ve had. That’s why I’m running.”

Ocasio-Cortez commented, “I have 11 opponents coming up. I think that every year we work to earn our seats. This is democracy at work, so I’m totally fine with it.”

When asked if she’s concerned about the fund-raising threat that a higher-profile challenger might pose, she welcomed the challenge. “I have opponents that have raised up to half a million dollars, and combined several million dollars, so it’s going to be well-funded. But again, we work always as hard as we can, for my community, for the Bronx and Queens. I think our families know how hard we’re working out there.”

Caruso-Cabrera stepped down as chief international correspondent for CNBC in 2018. The network said she would no longer be appearing as a contributor now that she is running for political office.

She has yet to lay out a political platform but her views appear to be far to the right of the liberal district. Caruso-Cabrera championed free-market economics and less government spending in a 2010 book, “You Know I’m Right: More Prosperity, Less Government.”

She joins Councilman Fernando Cabrera (D-Bronx) and activist Badrun Khan in the scramble against AOC.

Fernando Cabrera had been considered a reasonably strong candidate because he represents a chunk of the district already.

Several Republicans are also running but they have virtually no chance of winning the seat, which has voted overwhelmingly Democratic.

The Democratic primary will be held on June 23.

Ocasio-Cortez shocked the political world in 2018 when she unseated powerful incumbent Rep. Joe Crowley in a primary and went on to romp to victory in the general election.

She has won plenty of national publicity for her passionate speaking style and populist stances, as well as founding the so-called Squad of progressive women lawmakers. But some snipe that she has not spent as much time as she should on local issues and has not paid enough attention to the Bronx portion of the district.

Bathroom Workbook Convert Your Tub Space to a Shower — the Planning Phase
By JW
Step 1 in swapping your tub for a sleek new shower: Get all the remodel details down on paper
Full Story 363

Remodeling Guides 34 Trends That Will Define Home Design in 2020
By Mitchell Parker
Kick off the decade in style with the latest materials, colors and other elements you may be seeing a lot more of soon
Full Story 124 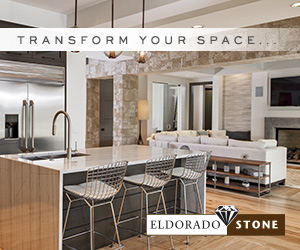 News: Trump knew about the virus since November
24
Trump ignored this 2019 report too-shortage of medication & supplies
10
And what about Hair, just for a laugh...
55
Why Does the President Keep Pushing a Malaria Drug?
81
Anti-vaxxers and Russia behind viral 5G COVID conspiracy theory
15
Browse Outdoor Photos on Houzz