He's got a lot ahead of him, but this was never his election.

But now I know why he said something so very shocking today. He must have already known his campaign was over when he spoke the truth about abortion; it should never be something that human beings celebrate.

He never could have said that and stayed in the race. The hate was swift. But I'm glad he said it aloud.

It needs to be said aloud.

Email
SaveComment19Like
Comments (19)
Thank you for reporting this comment. Undo

I'll miss Andrew Yang, and I wish him well.

For the record -- from the Yang campaign on abortion: https://www.yang2020.com/policies/right-privacy-abortion-contraception/

"In a perfect world, only those who are ready for and desire a child would become pregnant. But that’s not the world we live in.

Everyone has a right to bodily integrity, and more needs to be done to ensure that women have and maintain that right.

Access to birth control should be provided to all Americans. It should be the decision of each individual whether she wants to use it, not a decision made for her by her doctor, family, or where she lives.

Access to safe and affordable abortion services should also be provided to all Americans. Requirements placed by individual states on access should be subject to oversight by a board of doctors, not the whims of legislators who have no background on the procedure or even the basics of medicine.

The two most effective ways to decrease the number of abortions are to provide every woman with access to contraceptives and to provide financial, emotional, and structural support to individuals who are financially struggling and become pregnant—Universal Basic Income would accomplish this for many prospective parents."

"Celebrate abortion"? No, celebrate choice. Every single person, right or left, knows women who've had abortions, perhaps in their own family. But it's a secret the women kept to themselves. Why? Because they don't have the energy or power to fight holier-than-thou judges. I say, look around you and ask yourself -- which of my friends.....

Bennett drops out too.

Clearly, undeniably, the Left has elevated abortion to sacrament and yes, painfully, they celebrate by SHOUTING THEIR ABORTIONS and lighting up the skyline of NYC.

the Left has elevated abortion to sacrament

CHOICE is valued by the left.

Ideally abortion would be a rare event.

Is his position on abortion shocking?

Seems really typical to me.

Clearly, undeniably, the Left has elevated abortion to sacrament and yes, painfully, they celebrate by SHOUTING THEIR ABORTIONS and lighting up the skyline of NYC.

You personally know more at least one woman who has had an abortion; she just hasn't told you. She isn't SHOUTING it. And you'd be surprised to know who she is.

I’m sorry but unsurprised to see Yang go. I hope we have the opportunity to vote for President Yang in the future.

It is kind of funny to see all of the 'Yang drops out' headlines when the mainstream media ignored him throughout his campaign.

He ran a good campaign and from out of nowhere outlasted sitting senators and other high profile dems. I hope this isn't the last we hear from him.

I hope the next time he has some more answers than $1000. It almost became a waste of time to ask him a question.

He was a dignified and thoughtful candidate. I wish him and his wife well.

I liked Yang. He was serious and smart and very likable. He didn't trash talk Trump like the others, which appealed to a lot of Trump supporters. He put his heart and soul into his campaign. I do think his policies may have a place in the next 20 years, but America just isn't ready for it yet.

That’s interesting to hear olliesmom. I personally think 20 years will be too late, but I appreciated hearing that you think the needle is moving a bit.

He had a ton of great policy ideas. I especially liked the ones dealing with protecting democracy and Human Capitalism.

If your a Yang supporter, hang on and write his name in;)

Yang is an extraordinary human being. I wish him many opportunties to influence the future for good.

Took me a while to realise the trouble I was having with making sense of the OP -- something about celebrating, followed by a statement that says nothing at all about celebrating -- arose from the fact that it didn't make sense. Sigh.

Some will continue to live under the delusion that pro choice means pro abortion. Reality is that few of us would take major issue with what Yang said. It’s actually pretty similar in spirit to what Obama said in 2008: “I think it's always a tragic situation. We should try to reduce these circumstances."

Like Save     February 13, 2020 at 5:44AM
Browse Gardening and Landscaping Stories on Houzz See all Stories

Fun Houzz Don’t Be a Stickybeak — and Other Home-Related Lingo From Abroad
By Mitchell Parker
Need to hire a contractor or buy a certain piece of furniture in the U.K. or Australia? Keep this guide at hand
Full Story 405

Designs & Interiors by The Upholstery Shop

Someone is happy in the US
17
Lawsuit Says FOXnews/Network Gave Them False Info. about COVID-19
2
National COVID-19 Convalescent Plasma Project
3
Biden's Obamacare patch-up is no longer a good alternative
34
Has Anyone Found Trump’s Soul? Anyone?
18
Browse Outdoor Photos on Houzz 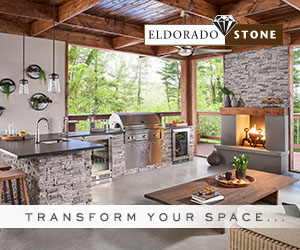