The ERA opponents view 'equality" as an abortion issue

Those of us of a certain age clearly remember "America's Sweetheart," the ultra-conservative Phyllis Schlafly, leading the anti-Equal Rights movement in the 1970s and warning that if the Equal Right Amendment were successfully ratified by 38 states, men and women would have to use the same bathrooms, women would be drafted into combat duty, and gay marriage would be legalized.

Dreadful possibilities to many citizens back in the 1970s--and being argued all over again in 2020. In fact, there will be a House vote in a few days to remove the deadline for ratifying the ERA. But this time around, anti-equality folks are making abortion the key issue--claiming that passing the ERA will force states to fund abortion.

We all know what a hot-button issue that is! Which is probably why conservatives are trying to link the two issues together--it would guarantee the defeat of ERA!

Here are some of the current pro and con arguments.

"Though the bill is expected to pass the House, it has little to no chance of winning support from the GOP-controlled Senate or President Donald Trump. The real fight will likely take place in federal courts — but the battle for public opinion is already in full swing, and influential and well-funded anti-abortion groups and their allies in Congress don’t want to take any chances.

“Everyone knows this renewed effort isn’t about women’s rights,” the office of House Republican Whip Steve Scalise said. . . . “It’s about eliminating federal and state life protections and ushering in an era of taxpayer funding of abortion.”

Conservatives argue that because only women can have abortions, any restrictions on the procedure could be deemed unconstitutional under the ERA. . . . ERA proponents, in turn, accuse conservatives of harping on the abortion issue because most of the dire consequences they predicted in the 1970s have already come to pass.

“A lot of the arguments that they had in opposition against the ERA are no longer relevant,” said Rep. Carolyn Maloney, a lead sponsor of the House bill and author of a separate bill that would propose a new ERA. “One of them is that we would have co-ed bathrooms. Wake up. Have you been on a plane? Have you been in a private home? And women are already in the military, on the front lines, they're admirals, they're generals. As for gay rights — gay rights have passed. So that is no longer an issue."

Advocates for the ERA acknowledge that abortion needs to be part of the conversation. Any debate over women’s rights, they say, must also address control over when and whether to have children.

But supporters say conservatives’ focus on the issue is little more than political cover for blocking women from gaining equality under the law. By homing in on abortion, they contend, opponents are merely pursuing a socially palatable way of opposing gender equality.

“They’re not going to get up and say, ‘I’m a masochist,’” Jessica Neuwirth, co-president and co-founder of the ERA Coalition. “They have to find some smokescreen.”

It will be interesting to see how today's politicians will handle the controversial issue of gender equality.

To me, the wonder is that gender equality would even be considered a controversial issue!

Email
SaveComment4Like1
Comments (4)
Thank you for reporting this comment. Undo

And women are above all reproductive incubators -- in 2020.

"Everyone knows this renewed effort isn’t about women’s rights"

no? It's not? it's ALL about reproductive rights, which of course is ALL about abortion and nothing else, because what possible other issue would women have an interest in?

Yikes, what a simpleton.

When all the old men are finally voted out of office, perhaps then women will have equal rights in the Constitution.

We could have equal rights in the Constitution in about a week or so--if the Repub. senators and the president would just vote "yea."

That's all it would take.

I would think it would be highly embarrassing to one's descendants to learn that their Repub. senator/president ancestor actually had the nerve to vote "NAY" to equal rights back in 2020.

Homes Around the World Houzz Tour: Parisian Flat’s Redo Revolves Around a Terrace View
By Aurélie Roman
A Parisian apartment is transformed from a dark and closed space into an open, airy and colorful home
Full Story 75

Kitchen Design Semi-Open Kitchen: See-Through Cabinets Offer Peekaboo Views
By Jennifer Ott
Get the best of both worlds with cabinets that only look open
Full Story 60

Decorating Guides Why Design Loves a Mirror
By Dominic Bagnato
These versatile surfaces reflect and deceive in equal measures. Here are some of the things they can do for your space
Full Story 54 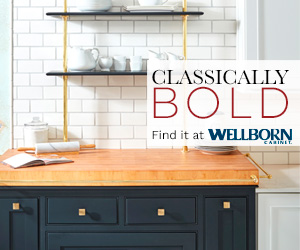 Senate Democrats blocked relief for tens of millions of Americans
26
And what about Hair, just for a laugh...
52
Pence Blocks Public Health Officials from Appearing on CNN
24
Woody Harrelson finds cause of coronavirus
19
Does Fox News early coverage of COVID-19 leave it open to lawsuits?
70
Browse Outdoor Photos on Houzz 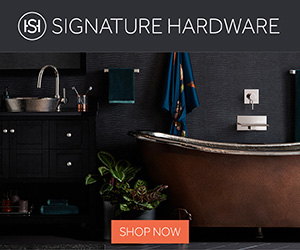