Two attacks on Bronx police in a 12-hour span -- by a man who served time for a 2002 shootout with cops -- have further inflamed tensions between the nation’s largest police union and City Hall, which together with state leaders has enacted policies critics say put officers and the citizens they protect in increasing danger.

The latest incident came Sunday morning, when a man walked into the 41st Precinct station house and opened fire, injuring a lieutenant. That shooting came some 12 hours after the same gunman ambushed two officers from the same precinct as they sat in a marked patrol van.

"It is a double miracle that we are not preparing for two funerals right now," New York City Police Benevolent Association President Patrick Lynch said in a statement. "These targeted attacks are exactly what we have warned against, again and again. The hatred and violence directed at cops continues to grow. Good luck and kind words are not enough to keep police officers or the public safe. Our elected officials need to start listening to us and working with us — not against us — to fix the deteriorating environment on our streets."

A lieutenant was shot in the arm on Sunday, while Saturday night’s incident left an officer with graze wounds to the chin and neck. Both were being treated for non-life-threatening injuries. The suspect, who was not immediately identified, was in custody Sunday.

“By the grace of God, we are here talking about an officer that will be going home,” NYPD Commissioner Dermot Shea said after the initial attack, adding that a bullet had nearly hit the officer’s carotid artery. “Let me be very clear: this was an assassination attempt of two New York City police officers.”

Sources told Fox News the suspect has an extensive record and was paroled in 2017 after serving 15 years for a Bronx carjacking that led to a shootout with police.

The shocking attacks come amid rising tensions between the city’s 34,000-member force and the administration of Mayor Bill de Blasio, who has implemented several measures that critics say are hostile to police. De Blasio oversaw a continued dramatic decrease of the stop and frisk policy, which gave beat cops wide latitude to detain and search people for weapons, made the Big Apple a sanctuary city and has slated the Rikers Island jail for closure. In addition, new criminal justice reforms passed by state lawmakers effectively end cash bail for a wide variety of criminal suspects.

Statistics show that while murder and rape dropped last month by approximately 20 percent over January of 2019, other crimes are rising dramatically. Robberies rose 39 percent, shootings 29 percent and car theft a disturbing 72 percent.

“The double-digit increases in shootings, robberies, burglary, and thefts aren’t the product of any single law or policy,” Lynch said. “They are the result of failed leadership and a political culture that denigrates and devalues the work police officers do.”

In addition to the statistics, several high-profile crimes have brought the effects of state and local policies into sharp relief. The federal Customs and Immigration Enforcement (ICE) condemned mayor for his sanctuary city policy after a 92-year-old woman was raped and murdered in Queens last month. The suspect, Reeaz Khan, 27, was an illegal immigrant who local officials shielded from ICE when the federal agency sought to deport him.

“It was a deadly choice to release a man on an active ICE detainer back onto the streets after his first arrest included assault and weapon charges, and he now faces new charges, including murder,” ICE New York field-office Director of Enforcement and Removal Operations Thomas Decker said.

A suspected serial bank robber, who was freed without bail last month only to be rearrested after robbing another lender days later, reportedly expressed incredulity at the reform law, which eliminated bail for many non-violent crimes.

“I can’t believe they let me out,” Gerod Woodberry reportedly said. “What were they thinking?”

“We saw a pretty big increase from the people who were let out of Rikers,” Shea said at a news conference last week. “We have seen instances of people getting arrested post-Jan. 1, and getting rearrested. We have a challenge here, but we will get past this challenge.”

De Blasio, who has clashed bitterly with fellow liberal Democrat Cuomo over other matters, blamed Albany for the bail issue

“We saw things emanating from this law months ago,” de Blasio said. “We’ve raised concerns, we’re in dialogue with Albany about those concerns. This police department has handled things thrown at them, they always have.”

But if de Blasio is expressing support for the police, the union representing them is not likely to be having it. Last year, when as a presidential candidate, de Blasio boasted of driving down crime by improving the relationship between police and the community, the PBA reacted with a stinging rebuke on Twitter.

“History repeats itself,” read the tweet. “@BilldeBlasio said he wants to bring cops and community together. Ask any cop on the street what impact his divisive rhetoric has had #DemDebate.”

The NYPD’s Sergeants Benevolent Association on Sunday said its members are declaring “war” on Mayor Bill de Blasio after a gunman tried to assassinate cops in two incidents over less than 12 hours.

“Mayor DeBlasio, the members of the NYPD are declaring war on you!” the union tweeted. “We do not respect you, DO NOT visit us in hospitals.”

“You sold the NYPD to the vile creatures, the 1% who hate cops but vote for you,” the union continued.

The SBA told the mayor that “NYPD cops have been assassinated because of you,” before adding: “This isn’t over, Game on!”

The union was responding to a tweet from de Blasio after a gunman stormed the 41st Precinct in the Bronx Sunday morning, injuring Officer Paul Stroffolino, with Hizzoner calling the shooting “a premeditated assassination attempt against New York’s Finest.”

It wasn’t immediately clear what the union specifically meant by “declaring war” on the mayor.

A top NYPD official has warned officers
not to wear their police uniforms or department logos in public
following back-to-back assassination attempts on cops in the Bronx.

Something very serious is unfolding.

Antifa thugs throw concrete at police and vandalize a war
memorial with 'Kill Cops' ''Punch Cops'' messages during the riot against a
planned KKK rally in Portland.

And this is how ANTIFA is related to NY war on police:

Time to call in the feds and put those FEMA camps to use.

The madman who allegedly shot two police officers in separate assassination attempts in the Bronx this weekend was hit with attempted murder and other charges for the rampage, police said.

Suspect Robert Williams was formally charged with attempted murder, criminal possession of a weapon and resisting arrest for the two shootings on Saturday night and Sunday morning.

Williams began his rampage on Saturday night, when he allegedly walked up to a marked NYPD van at about 8:30 p.m. at East 163rd and Fox streets in Hunts Point and opened fire, authorities said.

Officer Paul Stroffolino, 31, was hit in the neck and chin in the attack, but miraculously escaped grave injury, police said.

About twelve hours later, Williams allegedly walked into the 41st Precinct station house on Sunday morning and opened fire, wounding a police lieutenant before being taken into custody.

The lieutenant was shot in the arm in the second attack, but is expected to recover.

Williams was taken into custody after being injured during his arrest by police at the precinct. He’s awaiting arraignment Sunday night.

Leftist politicians put the safety of the people above criminals.

Give us a break!

de Blasio now has ZERO support/respect from the NYPD.

"de Blasio now has ZERO support/respect from the NYPD."

Heck, de Blasio doesn't even have the respect of this career criminal!

Like Save     February 10, 2020 at 1:43PM
Browse Gardening and Landscaping Stories on Houzz See all Stories

Decluttering 4 Obstacles to Decluttering — and How to Beat Them
By Alison Hodgson
Letting go can be hard, but it puts you more in control of your home's stuff and style. See if any of these notions are holding you back
Full Story 418

His last words were "it's all a hoax."
12
Browse Outdoor Photos on Houzz 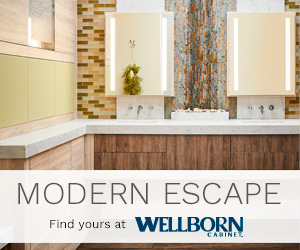