Bernie promised his medical records “before votes have been cast”. Hmm

But now he's walking that promise back, because "it never ends".

Oh, well then. Never mind, Bernie! We don't need to know how a 78-year old Bolshevik who wants to be President's health is doing.

Sen. Bernie Sanders on Sunday balked at releasing medical records in the wake of a heart attack that briefly took him off the campaign trail last fall — insisting that he is “in good health.”

Speaking on NBC’s “Meet the Press,” the Democratic presidential hopeful said his campaign has “cardiologists who are confirming that I am in good health.”

“We have released as much documentation, I think, as any other candidate,” said Sanders, 78.

“But no other candidate has had a heart attack,” host Chuck Todd shot back.

“Yeah, no other candidate is doing four or five events a day running all over the country,” Sanders replied.

Todd had noted that in a Sept. 14 interview — prior to the heart attack in October — Sanders promised to release his medical records “before the first votes are cast.”

“The American people have a right to know whether the person they’re going to be voting for for president is healthy,” Sanders said at the time. “And we will certainly release our medical records before the primary.”

But he was singing a different tune Sunday, two days before the New Hampshire primary.

Sanders said doctors recommended he do more walking and get more sleep.

“My guess is winning will help you sleep a little bit better?” Todd asked.

“Winning will make me sleep a lot better and I think we’re going to do just that,” Sanders said.

Bernie should enjoy his golden years vacationing in the Soviet Union.

Bernie should enjoy his golden years vacationing in the Soviet Union.

''Sanders said doctors recommended he do more walking and get more sleep.''

May be he should go stand in a bread line.

Bernie got out there walking. Once. For the cameras.

Like Save     February 9, 2020 at 7:42PM
Browse Gardening and Landscaping Stories on Houzz See all Stories

Life 5 Ways to Pare Down Your Stuff — Before It Gets in the Door
By Laura Gaskill
Want to free up some room around the house? Rethink gift giving, give yourself a shopping mantra and just say, ‘No, thank you’ to freebies
Full Story 298

Bathroom Design Before and After: 6 Dream Bathrooms That Free the Tub
By Brenna Malmberg
Freestanding tubs replace bulky built-ins in these beautiful bathroom remodels
Full Story 214

Most Popular The Inevitable Future of Drones Around Your Home
By Mitchell Parker
As Google joins the push for airborne deliveries, it seems only a matter of time before neighborhoods are buzzing with drones. Is that OK?
Full Story 174

US aircraft carrier Theodore Roosevelt has 80 sailors with COVID
20
Do you have a mask yet?
39
Religious Right’s Hostility to Science Crippled our COVID-19 Response
27
AMB. Rice Oped - How 's the Government Has Failed On Corona Virus
11
Hannity's Full-On Meltdown over Criticism of his COVID-19 coverage
20
Browse Outdoor Photos on Houzz 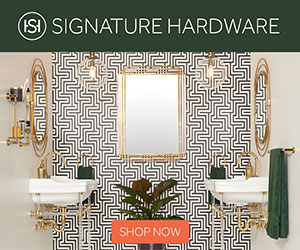