Taxpayers shelled out another $3.4 million to send President Donald Trump to Florida this weekend so he could host a Super Bowl party for paying guests at his for-profit golf course.

The president’s official schedule shows him spending two and a half hours Sunday evening at a “Super Bowl LIV watch party” at Trump International Golf Club in West Palm Beach. Tickets sold for $75 each, but were only available to members of the club — the initiation fee for which reportedly runs about $450,000, with annual dues costing several thousands of dollars more.

Trump promised during his presidential campaign that he would separate himself from his businesses if he won. However, he reneged on that vow, as well as on his promise to release his tax returns.

On his most recent financial disclosure form, which was filed last May, Trump claimed he had received $12,325,355 in income from the West Palm Beach golf course over the previous year. It’s unclear how accurate that is, given Trump’s tendency to file widely varying figures to different government authorities.

He told the U.S. Office of Government Ethics in his 2018 financial disclosure, for example, that his Scotland golf courses are worth more than $50 million each, even as he told authorities in the United Kingdom that they had a combined net debt of $65 million.

This weekend’s trip to Mar-a-Lago was Trump’s 28th to the property since becoming president. Saturday’s and Sunday’s golf outings at the West Palm Beach club brings his total to 79 days there since taking office and 244 total golf days at properties that he owns.

That figure and the $3.4 million for each Mar-a-Lago trip are based on a HuffPost analysis that included the costs of Air Force transportation, Coast Guard patrols, Secret Service security and other expenses, as detailed in a January 2019 report from the Government Accountability Office of Trump’s first four visits to Mar-a-Lago in early 2017.

Trump is and always has been a con man. In 2016, he said that, unlike Obama, he’d never golf and he’d never take personal trips outside the White House,” said former Rep. Joe Walsh (R-Ill.), who is challenging Trump for the 2020 Republican nomination. “In addition, Trump is using taxpayer money to personally enrich himself because virtually all of his travel is to Trump properties. That is the swamp Trump pledged to drain. Trump is the swamp.”

If there is any doubt Trump is enriching himself while in office this should dispel that idea.

Email
SaveComment31Like3
Comments (31)
Thank you for reporting this comment. Undo

Wonder how much of that went into his own pocket. He's the best grifter-in-chief that we've ever had!

This is the fourth Super Bowl party that Trump has hosted at Mar-a-Lago since he took office.

Those so interested in tax waste don't seen to mind now much of their money Trump spends on himself. Now those food stamps, that' s serious.

Wonder if they had chicken wings — we did. Fantastic!

Wonder if they had chicken wings

He’s a happy man—isn’t that wonderful

His supporters really will support anything he does. It's really remarkable. Just once I'd like to see one of them disagree with something he does.

What's it to you?

Because it would feel more authentic, as everyone makes mistakes. Trump is far from perfect and supporting *everything* he does seems really unrealistic. I don't think I've ever seen a single thing he's done criticized by a supporter.

If you look at past threads, Obama was criticized plenty by Democrats. I've never seen such loyalty as Trump supporters.

Can you imagine how jealous Obama must be lol lol

Obama had plenty of support without blind loyalty. I think that matters more.

At least to Obama anyway. Trump seems to delight in the fact that he can do whatever he wants and his people will still support him, hence his comment about shooting someone and not losing any votes.

His supporters really will support anything he does. It's really
remarkable. Just once I'd like to see one of them disagree with
something he does.

Me too. The absolute and total agreement suggests simple mindless parroting, not critical, independent thinking.

I doubt that Obama is jealous, jealousy is Trump's thing lol lol

I don't think I've ever seen a single thing he's done criticized by a supporter.

Why bother? Many of you take care of that detail for us. One less thing to do.

But okay, here's one: I do not like his hairdo. So there!

Trump's ties are too long.

There was a tux he wore awhile back. It was not flattering

Listen to Trump yourself. Almost everything he says is a lie.

Not only do we have to pay for the party but we also have to watch him dissing the Star Spangled Banner. He is morally and spiritually BK,

It's not hard when you're the Bestest liar.

Most people probably couldn't pull it off, but Trump has had a LOT of practice. And remember, lies repeated over and over still count as lies. That does drive the number up.

He is laughing all the way to the bank. We will pay for years.

No. We don't care about any of the crat propaganda. It only works on the weak.

No. We don't care about any of the crat propaganda. It only works on the weak.

Ummm? I believe his lies are from his lips, no crat propaganda needed just ears.

Like Save     February 5, 2020 at 8:07AM
Browse Gardening and Landscaping Stories on Houzz See all Stories

Entertaining Touchdown! How to Host a Winning Super Bowl Party
By The Yellow Cape Cod
Score with football fans by offering great seating, viewing and snack options and a touch of team spirit
Full Story 34

The Polite House The Polite House: How Can I Kindly Get Party Guests to Use Coasters?
By Lizzie Post
Here’s how to handle the age-old entertaining conundrum to protect your furniture — and friendships
Full Story 92 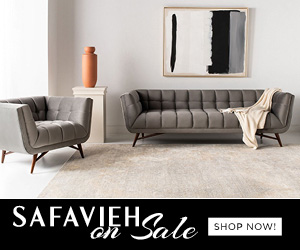 Who does this? Letter in NYT
18
This is just what the doctor ordered! Love him!!!
7
Given the most recent guidelines, who is going to start wearing a mask
74
Debate heats up over using an anti-malaria drug for COVID-19
1
Sailors cheer for aircraft carrier commander who was removed after iss
45
Browse Outdoor Photos on Houzz 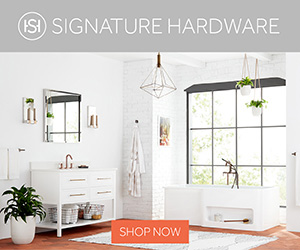