Now why would Durham do that if there's no there there?

"John Durham, the U.S. attorney reviewing the origins of the 2016 counterintelligence investigation into Russia and the Trump campaign, is probing a wider timeline than previously known, according to multiple senior administration officials.

Fox News previously reported that Durham would be reviewing the days leading up to the 2016 election and through the inauguration.

However, based on what he has been finding, Durham has expanded his investigation adding agents and resources, the senior administration officials said. The timeline has grown from the beginning of the probe through the election and now has included a post-election timeline through the spring of 2017, up to when Robert Mueller was named special counsel.

Attorney General Bill Barr and Durham traveled to Italy recently to talk to law enforcement officials there about the probe and have also had conversations with officials in the U.K. and Australia about the investigation, according to multiple sources familiar with the meetings.

Barr assigned Durham, the U.S. attorney in Connecticut, back in May to conduct the inquiry into alleged misconduct and improper surveillance of the Trump campaign in 2016, as well as whether Democrats were the ones who'd improperly colluded with foreign actors.

The attorney "is gathering information from numerous sources, including a number of foreign countries. At Attorney General Barr’s request, the president has contacted other countries to ask them to introduce the attorney general and Mr. Durham to appropriate officials," Justice Department spokeswoman Kerri Kupec said last month.

Durham, known as a "hard-charging, bulldog" prosecutor, according to a source, has been focusing on the use and assignments of FBI informants, as well as alleged improper issuance of Foreign Intelligence Surveillance Act (FISA) warrants. Durham was asked to help Barr to "ensure that intelligence collection activities by the U.S. government related to the Trump 2016 presidential campaign were lawful and appropriate."

Pelosi made the comments on MSNBC's "Morning Joe" after host Joe Scarborough asked if she was concerned that the country's institutions could fail due to Barr's behavior.

"I think where they are going is the cover-up of the cover-up, and that's very really sad for them. To have a Justice Department go so rogue, they have been for a while, and now it just makes matters worse," said Pelosi, faulting Barr for instructing the director of national intelligence to bring the whistleblower complaint over a July phone call between Trump and Ukrainian President Volodymyr Zelensky to the White House."

Email
SaveComment45Like1
Comments (45)
Thank you for reporting this comment. Undo

Durham keeps finding more Dem corruption under every layer of the onion.

I'm so glad he's investigating in Italy and Australia.

> Now why would Durham do that if there's no there there?

Is this a trick question? It's because he is a partisan hack, and he was ordered to, and like the well-trained lap dog that he is, he is eager to please and jumps to obey.

Yeah, well, bob, we'll see when his report comes out. Keep up the bravado.

Bob, you've made a claim, but provided no evidence. Who told you Mr. Durham is a "partisan hack" and what facts led you to repeat the accusation, while providing no support for it?

Why should I bother? You all refuse to acknowledge that Barr is a thoroughly partisan hack focused entirely on protecting Trump rather than focusing on the good of the country, despite ample, almost daily direct evidence.

You all even refuse to acknowledge that Trump lies, repeatedly, almost with every utterance, even when presented with video proof of him lying.

I have every expectation that any evidence I managed to dig up, would be summarily discounted and dismissed.

You have a problem of getting to the bottom of the Russian collusion charge that wasn't?

Only Trump supporters believe anything coming from this administration.

Barr is a partisan hack. Why wouldn’t Durham be one too. Common sense.

The games began before Donald Trump was elected President of the United States and the democrats aren't interested in doing anything--no governing, only their dangerous games which harm the citizens of this country.

Dems have passed over 200 bills sitting on McConnells desk. What has Trump done besides dismantle everything he touched?

This was good news today! Please, Mr. Durham, do what is needed to get to the bottom of it. We all need to know!

Dems have passed over 200 bills sitting on McConnells desk. What has Trump done...?

Well, there are so many! Here's one: the women’s unemployment rate recently reached its lowest rate in 65 years.

The President: I would like you to do us a favor though because our country has been through a lot and Ukraine knows a lot about it. I would like you to find out what happened with this whole situation with Ukraine, they say Crowdstrike... I guess you have one of your wealthy people... The server, they say Ukraine has it. There are a lot of things that went on, the whole situation. I think you're surrounding yourself with some of the same people. I would like to have the Attorney General call you or your people and I would like you to get to the bottom of it. As you saw yesterday, that whole nonsense ended with a very poor performance by a man named Robert Mueller, an incompetent performance, but they say a lot of it started with Ukraine. Whatever you can do, it's very important that you do it if that's possible.

Yes, and? You don't want to get to the bottom of the Ukraine situation?

Durham? Besides the fact that he's a republican, maybe because he managed to make the case go away of the CIA interrogation tapes that were destroyed as well as he managed to close the torture investigation with no charges filed, he's apparently good at doing what's expected of him...

Now why would Durham do that if there's no there there?

You answered your own question.

"Durham investigation expands its scope. Now why would Durham do that if there's no there there?"

Something to do with a timeline. It's all good.

Maybe he'll accidentally catch some Trump associates in this investigation. People associated with Trump are stupid like that.

And Mueller? Lied under oath.

We don't really know the extent of his original charge and the expansion isn't that specific either.

Is this going to be like that McCabe prosecution?

So Eric Holder was Obama's wingman but Durham and Barr are political hacks?

Usually TrumpFans complain about using unnamed officials and sources. Yet here they rely on them.

If Barr thinks Mueller lied under oath, why isn't he prosecuting him?

Yes, and? You don't want to get to the bottom of the Ukraine situation?

No matter what is at the bottom Trump still tried to get dirt on a political opponent, he is still guilty.

Biden and his son's guilt will not nullify Trump's, two wrongs don't make one right.

Amazing what information these talking heads have access to.......

The WH is still trying to clear Russia of meddling in our election. That’s why Durham and Barr are trying to discredit the Mueller report.

"Sources?" If you are speaking to me, I already answered. Bret Baier and Katherine Herridge, both reporting on Fox News. If you want other sources, great, get them.

"That is what Pelosi Schiff, and everybody on that side {media] is scared to death of this [Durham Report]. Because they know they did it...They know they manufactured all of this...They are scurrying.

Bret Baier and Katherine Herridge are sources? Now that's scary.....a "source"is who is pumping them info.

"Bret Baier and Katherine Herridge are sources? Now that's scary.....a "source"is who is pumping them info."

I don't understand Chase. Bret Baier and Catherine Herridge wrote the report. How were you taught to credit the writers of such news reports?

Also, how are students taught to credit the unnamed source (or sources) pumping information to the reporters?

ABH, reporters report based on information obtained in various ways one of which is sources. both named and anonymous. Is it your contention these two are directly involved in the investigation and have personal knowledge of the facts?

While it may be true that these FOX reporters are Ann's source, unless they have first hand, personal knowledge they either got their information from "sources" or this is strictly their opinion. It's clear Ziemia was asking what the reporters source was not Ann's.

I'm surprised that it needed explaining.

Oh give it up. The source is trump. He released the memo of the transcript.

This is the concerning part. Trump is behind this investigation and we know how Trump bullies/intimidates with the power of the US backing him. This is no mere "introduction" me thinks. Barr, Pompeo and the appropriate ambassadors aren't high ranked enough to introduce Durham?? What bull. Barr is counting on Trump to put pressure on foreign countries to get the outcome they want.

"At Attorney General Barr’s request, the president has contacted other countries to ask them to introduce the attorney general and Mr. Durham to appropriate officials,"

No matter what is at the bottom Trump still tried to get dirt on a political opponent, he is still guilty. Biden and his son's guilt will not nullify Trump's, two wrongs don't make one right.

So, if one is involved in dirty dealings, he/she would do well to declare as a political opponent of POTUS, thus nullifying the illegality of their misdeeds. I'm reasonably sure that there are many who would benefit from such an arrangement. Sound far-fetched? Not in these times.

Trump didn’t need Giuliani to investigate Biden. Giuliani is his personal lawyer. Trump has several intelligence agencies to investigate Ukrainian or Biden wrongdoings if it was a security matter.

The problem is Biden was working towards ridding Ukraine of corruption as was the Ambassador. Trump wanted her out so he could carry on with his and Giuliani’s corruption.

All the articles on the expansion of Durham's investigation refer back to those two from Fox. Either they made it up or they do have sources from inside the government.

Which part of the government?

Yes. That's why Ann credited them. Nobody wants to be guilty of plagiarism.

I'm not following you, Chase. What is scary?

"a "source" is who is pumping them info."

Not in dispute. Reporters are expected to have human sources. That in no way alters the fact that Ann referenced a FOX news article as her source, which seemed perfectly appropriate to me. I'm still wondering how you were taught to credit "a "source" is who is pumping them info."

Katherine Herridge is an impeccable professional who vets her information thoroughly, and is loath to speculate on air about anything.

Like Save     October 10, 2019 at 1:17PM
Browse Gardening and Landscaping Stories on Houzz See all Stories

Most Popular 8 Things Interior Designers Want You to Know
By Laura Gaskill
Get the scoop on certifications, project scope, working from afar and more
Full Story 163

Universal Design 5 Things to Think About Before Adding an In-Law Suite
By Gwendolyn Purdom
Multigenerational households are on the rise, but there’s a lot to consider when dreaming up a new space for mom or dad
Full Story 87 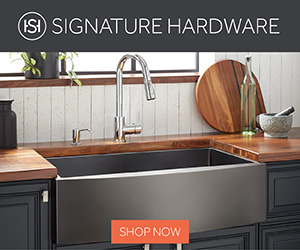