WASHINGTON (AP) — The Supreme Court is allowing nationwide enforcement of a new Trump administration rule that prevents most Central American immigrants from seeking asylum in the United States.

The justices’ order late Wednesday temporarily undoes a lower-court ruling that had blocked the new asylum policy in some states along the southern border. The policy is meant to deny asylum to anyone who passes through another country on the way to the U.S. without seeking protection there.

Most people crossing the southern border are Central Americans fleeing violence and poverty. They are largely ineligible under the new rule, as are asylum seekers from Africa, Asia and South America who arrive regularly at the southern border.

Email
SaveComment6Like1
Comments (6)
Thank you for reporting this comment. Undo

Makes sense. Canada does the same thing, and everyone here seems okay with that.

So, there will not be anymore ''My husband beats me up, I left two children with him, grabbed the youngest one and ran trough two countries to America. Give me asylum''?

2 Likes Save     September 11, 2019 at 8:30PM
Browse Gardening and Landscaping Stories on Houzz See all Stories

Most Popular The Inevitable Future of Drones Around Your Home
By Mitchell Parker
As Google joins the push for airborne deliveries, it seems only a matter of time before neighborhoods are buzzing with drones. Is that OK?
Full Story 174 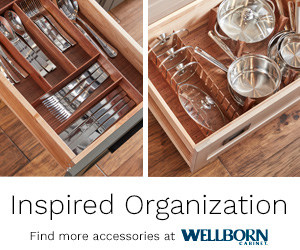