Are there any good options for privacy glass for the shower window? We looking at Marvin and the only real options for my 1940 bungalow are “frost” (sandblasted) or ”rain.” I’m not thrilled with either.

Are they any other options I haven‘t considered? Pella has blinds-between-the-glass but it looks like it’s only available on the aluminum windows. (We’re thinking fiberglass due to the moisture). Ages ago I read about “smart” windows that you could wire to have it flip from clear to opague but adding electricity to a shower area doesn’t seem great.

FWIW, the room is 6x11 with door at one end and shower at the other. Currently it’s a 2x2 slider; the new one will be an awning, either 2x2 or 3x2. It’s on the first floor. Neighbor has no windows there on the first floor, but does have windows on the second floor that could look in. I may ask my neighbor if I can come check it out this weekend. But I’m curious if anyone has a great idea I hadn’t considered. Thanks for your help!

SHOWERS10 Stylish Options for Shower Enclosures
By Change Your Bathroom©
One look at these showers with glass block, frameless glass, tile and more, and you may never settle for a basic brass frame again
Full Story
84

WINDOW TREATMENTSHow to Choose the Right Window Blinds
By Becky Dietrich, Interior Designer
Get the privacy, light filtering and look you want with this breakdown of blind options
Full Story
115

GREAT HOME PROJECTSSay Goodbye to the Shower Curtain With a Glass Tub Enclosure
By brennamedia
A glass screen or door can make a bathroom look modern and airy, and can be easy to clean if you don’t have hard water
Full Story
161

HOUSEKEEPINGGet Glass Windows and Doors Gleaming Clean
By Houzz
Preserve a spotless view with these guidelines for keeping soap scum, hard water spots and dirt at bay on glass surfaces around the home
Full Story
20

BATHROOM DESIGNShower Curtain or Shower Door?
By Lara Sargent
Find out which option is the ideal partner for your shower-bath combo
Full Story
637

BATHTUBSBefore and After: Tubs That Say Hello to Glass
By brennamedia
Clear glass enclosures give these 5 tub-shower combos a sleek new look. Could this be an option for you?
Full Story
100 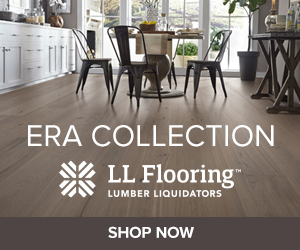 Closing off 2-story foyer but what to do with big window?
10
S Central NC Replacement HELP!
2