Bill Maher vs. Rashida Tlaib- It's on!

Bill Maher and I don't agree on much, but throughout Trump's presidency, he's had his lucid moments, like calling BDS what it is. It's a Leftist purity test and it's baloney (his words can't be written verbatim but you get his point). Maher said on his show:

"BDS is a (bleep) purity test by people who want to appear woke and have actually slept through history class, It's predicated on this notion that is very shallow thinking, that the Jews are in Israel are mostly white and the Palestinians are browner so they [Palestinians] must be innocent and correct and the Jews must be wrong. As if occupation came out of the blue, that this completely peaceful people found themselves occupied. Forget about the infectadas and the suicide bombings and the rockets and how many wars?"

To which the one-trick pony, Tlaib, responded that his show should be boycotted. Because boycotting and shutting anyone up who disagrees with Tlaib is her go-to move. Not, "Hey, let me come on your show and debate BDS". Nope. Just destroy.

"Maybe folks should boycott his show.

I am tired of folks discrediting a form of speech that is centered on equality and freedom. This is exactly how they tried to discredit & stop the boycott to stand up against the apartheid in S. Africa. It didn't work then and it won't now. https://twitter.com/mehdirhasan/status/1162767093730881537 …"

Maher responded, " Some people have one move only: boycott. Cancel. Make-go-away. But here’s the thing, the house voted 318 to 17 to condemn the #BDS movement, including 93% of Dems. Does Tlaib want to boycott 93% of her own party? "

So, does Tlaib want to boycott the vast majority of her party? It seems she's trying to do to Maher what she accused him of doing to her. She's a zero-sum game Arab who's only reason for getting herself into Congress is to destroy Israel and wipe it off the face of the map. And destroy Trump. Can't forget that. Why Pelosi allows her and her Beltway Bolshevik mates to sit on foreign affairs committees is beyond anyone's reasoned thinking.

But the silver lining will be that like most of the Left's boycotts, the have they opposite effect, and Maher will probably see a bump in his ratings.

Email
SaveComment14Like2
Comments (14)
Thank you for reporting this comment. Undo

You can't order this stuff any better.

Hope those Four Angry Dolts keep it up.

I was just reading a post in The New Republic about the emotional toll Trump's craziness is taking on the country. I think Trump's normalization of name-calling, that I was forbidden to engage in by my parents back in elementary school, is part of the toll.

Bill goes after everyone that he thinks is acting hypocritical or stupidly, on this Maher scale of 1-10 the squad ranks about 2 while trump is a 22.

Remember when it was the conservatives who got him booted off ABC?

Yeah, Tlaib is crying because she CHOSE not to see her dear grandmother (which is to say she simply doesn't care enough) after Israel said they'd allow her anti-Semitic, BDS-supporting, wipe-Israel-off-the-map rear end into their country. Because they allow Muslims to enter, live and even serve on the Knesset. They are renowned for their LGBT friendliness. Yet Palestine disallows LGBT events and the Squad said....?

What a tool Tlaib is--using her grandmother for political gain.

I also think she appears to have used the "grandmother" tactic for political purposes.

Well, we know they like to strap on bombs.

Hi Carro, It has been 13 years since Tlaib last saw her grandmother.

13 years since Trump saw Granny and now it's suddenly important. Hmm. Let's see. Tlaib has the audacity to bring pro-BDS legistlation to taint the hallowed chambers of Congress and the very next day dontcha know, she and Omar announce the Jihad Sisters plan to invade Israel and attempt to destroy it from within with their BDS and "river to the sea" rhetoric.

What a coincidence that Tlaib had a backup plan! If her visa gets denied (what with refusing to even recognize the very country she's planning her evil doing), she goes to Plan B: "visit Granny" in Israel. But oh no! She's not allowed to spew hatred and the destruction of Israel while there.

So, eh, never mind. Throw Granny under the bus and back up over her a few times.

Eh, she might live a few more years and maybe, just maybe, Tlaib will get her terrorist-sympathizing, Jew-hating group to foot the bill for her Jihad. 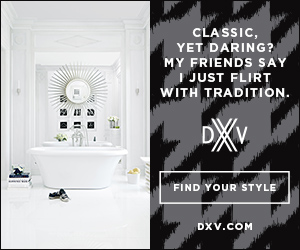 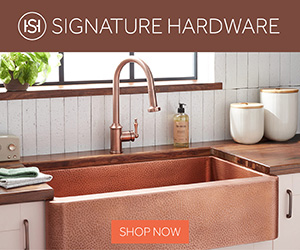