Does anyone besides me wonder if social media has a bad effect on young people?

A southern Indiana man and five teens from Alaska have been indicted on federal murder charges after officials say they planned, carried out and recorded the slaying of Cynthia Hoffman in early June. According to a news release from the Alaska Department of Law, an Anchorage grand jury indicted 21-year-old Darin M. Schilmiller of New Salisbury, Indiana, on charges of murder in the first degree, conspiracy to commit murder in the first degree and two counts of murder in the second degree. Also charged are 18-year-old Denali Brehmer, 16-year-old Kayden McIntosh, 19-year-old Caleb Leyland, and an unnamed juvenile male and juvenile female. All of Schilmiller's co-defendants are from Anchorage. McIntosh is being tried as an adult.

Court documents say Schilmiller offered to pay Brehmer $9 million or more to carry out the murder and send him videos and photos of the crime. He first met Brehmer online while posing as a millionaire from Kansas named "Tyler."

Throughout the month of May, the teens worked on their murder plan, court documents said. After some discussion, the teens chose Hoffman, who was allegedly "best friends" with Brehmer, as their victim.

Court documents said Hoffman was taken to Thunderbird Falls by Brehmer and McIntosh in a truck borrowed from Leyland. They told the victim that they were all going to hike on the Eklutna River. Once they made it to a clearing, Hoffman's hands, feet and mouth were bound with duct tape, police said. McIntosh is accused of firing the shot that killed the 19-year-old. Her body was dumped in the river. Court documents said that Brehmer sent videos and photos to Schilmiller during the crime.

Let's hear how Schillmiller was a victim, and not the true murder victim.

Someone else's fault, no doubt.

Horrible. I do think social media has negative qualities, but I don't think this is about social media. I've been meeting people online since I was 12, in 1995, long before social media. Some normal people, some weirdos.

These kids decided to take someone up on a murder for hire offer. No one is innocent here except the victim. I don't care how persuasive he was or how naive she was.

I am wondering about the lack of a sense of right and wrong. Maybe that's it. Pure evil.

That seems so crazy, though. I wonder how they were raised, what they care about.

They wouldn't be the first to do horrible things because of greed. It's been that way for as long as humans have been capable of murdering each other so I don't think it's bad parenting or any other modern issue like that. There will always be people willing to murder for their own gain.

Schilmiller is the real nutcase. He doesn't even have the greed excuse, not that it's valid, but he just wanted to order a murder for no apparent reason or benefit outside of his own satisfaction.

The crazies have always been among us, but I do agree that social media has the potential to bring them together like never before.

3 Likes Save     June 19, 2019 at 9:31PM Thanked by elvis
Browse Gardening and Landscaping Stories on Houzz See all Stories

Features Houzz TV: Fred MacMurray’s Enduring Farmhouse Retreat
By Mary Jo Bowling
One of the most beloved actors of the 20th century traded fame for farm implements on this California ranch. His daughter shows us around
Full Story 267

Your First House So You're Thinking About Getting a Dog
By Alison Hodgson
Prepare yourself for the realities of training, cost and the impact that lovable pooch might have on your house
Full Story 490

Inspiration for some backyard chats

Inspiration for a warm welcome

Inspiration for dinner time under the stars

Inspiration for a little quality time

Inspiration for making that best pizza ever
Browse Photos on Houzz 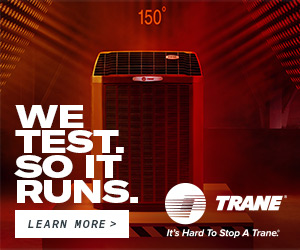