Help with treatments for window and slider in master bedroom

I need help visualizing the best window treatment configuration for my master, which includes two low windows and a slider next to each other (hopefully my picture shows up).

I was originally thinking drapes for the slider and matching roman shades for the windows, but my husband wants to see a bit of the outside while still having privacy. That means we need to have some sort of shutters, up/down shades, or blinds in the mix.

We are trying not to spend too much money on these treatments because we have so many projects we are working on, so shutters for the sliders are out but we could swing shutters in the windows.

What do do you think about shutters on the windows and drapes on the slider? Do you have any pictures to help me visualize it? Any other ideas?

WINDOW TREATMENTSBedroom Window Treatments to Block the Light
By Fred Albert
Sleep tight with curtains, shades and more designed to keep out bright rays while letting stylishness in
Full Story
62

DECORATING GUIDESHow to Choose the Right Window Treatment
By Shane D. Inman
If the array of curtains, shades and shutters for windows is leaving you baffled about the best choice, here's professional help
Full Story
37

BEDROOMSRoom of the Day: Master Bedroom Makeover on a Lean Budget
By Karen Egly-Thompson
Creative use of online retailers helps transform a lackluster room into a light and beautifully finished space
Full Story
39

COTTAGE STYLERoom of the Day: Cheery Cottage Style for a Master Bedroom
By Becky Harris
Reinvented antiques and other personal touches create a comfy, cozy vibe in a couple’s sleeping space
Full Story
24

BEDROOMSRethinking the Master Bedroom
By Laura Gaskill
Bigger isn’t always better. Use these ideas to discover what you really want and need from your bedroom
Full Story
172

BEDROOMSSoothing, Restful Master Bedroom That Functions Well
By Jeannie Matteucci
An Oklahoma couple work with their designer to create a relaxing retreat with new furnishings and built-ins
Full Story
20 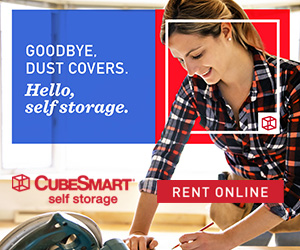 Bedroom Window off Deck Slider, Casement or Awning
3
Height of windows next to Sliding Door?
2