Can anyone tell me if the 'Russian' type African Violets are hard to grow from leaves? Or are the the same as 'regular' varieties??

I mean will they root and grow from leaves, AND will they bloom the same flower from leaves?? OR are they 'Chimeras'?? I only have 1, but it is HOT frilly pink with a green/white border, and the leaves are all curly. As seen in the pic. I just took off like 7 leaves and love this violet enough to TRY to grow more from leaves. BUT if it is a 'Chimera' in disguise, I am not wasting the time and effort.

MOVINGMaking a Home Away From Home
By Laura Gaskill
Feeling like a stranger in a strange land? These tips can help ease the transition after a big move
Full Story
74

DECORATING GUIDESAn Expat’s Guide to Making a Home Away From Home
By Mariana Pickering (Emu Building Science)
How do you stay balanced when each foot is in a different culture? You take a stand where you hang your hat
Full Story
55

DECORATING GUIDESPop Culture Watch: 12 Home Trends from the '80s Are Back
By Becky Harris
Hold on to your hat (over your humongous hair); interior design elements of the 1980s have shot forward to today, in updated fashion
Full Story
124

KITCHEN BACKSPLASHESWhere to Start and Stop Your Backsplash
By Toronto Interior Design Group
Consider these designer tricks to work around cabinets, windows and more for a finished look in your kitchen
Full Story
293

HOMES AROUND THE WORLDHousehold Habits and Customs to Borrow From Other Countries
By Елена Амбросимова
Discover why salt may be the perfect house-warming gift, how to clean rugs in snow and why you should invest in a pair of ‘toilet slippers’
Full Story
160 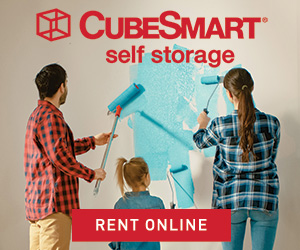