How are everyone‘s roses doing this year?

it was a long rough winter for us here, several -30 Celsius days, and a few that cold without snow cover. ot didn’t start warming until end of April. There were plenty of dead canes to trim, but everything has come back from the crown or more.

Unlike past year, some of my hardiest roses such as Thérèse Bugnet even had a few dead canes. Rugelda is just holding on. A surprise is LD Braithwaite, which is doing very well in a protected location. Others doing well in slightly protected areas include Campfire, Oscar Peterson, Morden Blush, Never Alone, and Canadian Shield.

I am particularly impressed by Prairie Joy this year, not as many canes to trim and it’s really bushing out:

First to bloom this week include Wasagaming and Blanc de Double Coubert. Wasagaming was a tiny plant when I got it from Cornhill Nursery a few years ago, it’s now turning into a monster, one of the largest in my lot:

FLOWERSSneak a Peek at Some of Next Year’s Irresistible New Roses
By Lauren Dunec Design
Here are top 2018 picks for beautiful blooms, lovely fragrances and exceptional disease resistance
Full Story
19

GARDENING GUIDESYour Complete Guide to Fall Rose Care
By Noelle Johnson Landscape Consulting
Cooler temperatures are on their way, and it’s time to get your rosebushes ready for fall
Full Story
7

FLOWERS10 New Flowering Plants for More Garden Color in 2018
By Lauren Dunec Design
These perennials and shrubs have long-lasting color and beautiful blooms, and they attract birds and butterflies too
Full Story
24

GARDENING GUIDESWhat Kind of Roses Should You Grow?
By Noelle Johnson Landscape Consulting
Want to add the beauty of roses to your garden? Find out which ones, from old-fashioned to modern, are right for you
Full Story
101

DECORATING GUIDESInterior Design Trends Expected to Take Hold in 2018
By Mitchell Parker
Get the lowdown on the colors, materials and other design decisions gaining steam now
Full Story
352 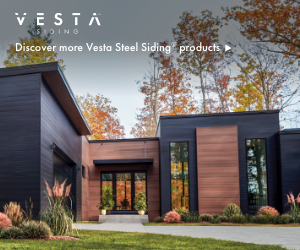 More Discussions
Plum and Nanking cherry
2
How has your winter been?
20
I am looking for a Hoya latifolia or kentiana
5

What is this caterpillar (?) on my rose leaves?
4