I started this last week and I have to say, it is a bear of a job. However I have gradually discovered a few things about this process that I've not seen mentioned elsewhere that I'd like to share.

We started out with those sponges they carry at Home Despot and Lows. Looking at them I surmised they would be of little practical value, but they were the only sponges either store carried - other than some natural real sponges that were stupid expensive. Tried using them for awhile until I stumbled across my first improvement in this process - just use plain white terrycloth work rags. They work tons better than those cheap sponges. There may be other types of sponges that work better, but plain white work rags are easily found all over the place. Use cheap white wash clothes or something similar.

I use TSP to prep for paint partly because it cleans well but mainly because it ALSO deglosses. That pretty much eliminates sanding except for spots that need the extra attention, such as massive drips and runs (I have some pretty awful drips and runs thanks to the shoddy work of the last person who tried to paint in here).

However I have really struggled trying to get the nicotine and tar off the flat paint on the ceilings. Doing that cleaning overhead would be hard enough without the smoking residue. I found a solution for that problem, which has some potential risks but in my case those risks are small and the reward is great.

Spray down a section of the surface you are working to clean with PLAIN water only - any kind of cleaner is superfluous and the way spray bottles and garden sprayers work they put too much stuff in the air to be breathed in, or that can settle on your exposed skin.

Work in small sections. This will work with any level of sheen, but the effects are most dramatic when working with ceilings painted in flat white, then any flattish paint on a wall, and lastly a satin or higher gloss paint on any surface.

Spray your work surface and wait a couple of minutes. You will soon see yellow goop (tar and nicotine) and it will look like it is being literally pulled out of the ceiling. Just wipe that away, no scrubbing necessary. Do this 3 or 4 times and move on to the next section. Do not saturate the surface with plain water. With ceilings especially - in the first place you don't want that goop dripping into your face and hair, and in the second, water easily soaks through flat paint and is absorbed into the underlying surface. I live in the High Sierras Desert so this isn't an issue for me as long as I give it time to dry - it dries quickly even if it absorbs some water during this process. Saturating your ceiling with water could damage it, and failing to allow it to completely dry before you prime and paint will cause the paint to fail.

However, that said, misting the ceiling like this works like magic. It looks like the tar and nicotine are being pulled out of the ceiling, but I imagine what is really happening is that the oily smoking residue is floating to the "surface" of the water. Regardless, this cuts WAY down on physical effort - no scrubbing necessary, just wipe the now-yellowish water off the surface. It also reduces the amount of time I spend trying to clean that gunk off. Too bad I only figured this out halfway through the cleaning process.

You still need TSP to degloss but its effect on nicotine and tar removal from flat-painted surfaces is probably pretty minimal with this cleaning method. Surfaces with some gloss still need a light scrubbing with TSP both to clean and to degloss.

The walls in this place are almost entirely painted in a semi-gloss. The effect of misting the surface seems less dramatic with the higher gloss paints, but it still helps cut down on the amount of effort and time you have to put into cleaning even those surfaces. Part of the issue is that you will get runs sooner on the vertical surface of a wall than on the horizontal surface like a ceiling, so you simply can't spray as much water at once (and then wait for it to work) before it starts running down the wall.

Its like magic. Areas of the ceiling I would have sworn were clean are much MUCH cleaner, much quicker, after I went over them again with the spray bottle in one hand and a rag in the other.

If you have damaged plaster or wallboard, misting with water may be a terrible idea.

If you have high humidity where you live, even turning the AC up and putting fans to work to help dry it out may still result in long dry times before you can actually paint.

If you oversaturate the surface with water you could damage your plaster or wallboard or even end up with big wet chunks falling off the ceiling.

If your walls and ceilings are smooth, effects may be less dramatic. My walls are "lightly" textured and misting really helps to get the tar/nicotine out of all those little nooks and crannies in the texturing.

You will never get ALL the tar and nicotine off a wall surface, especially if its a flat paint. I don't care what they say, even modern flat paints wash like crap. I'd rather not use it even on ceilings myself. At any rate, at some point you must declare yourself satisfied and move on.

However I can still totter about on scaffolding without much danger of falling off. At least a lot less danger than if I were trying it on a ladder, LOL! I bought an indoor scaffold that folds up pretty small from Home Despot for about $150, only a little more than the cost of a good ladder.

I feel the money was well-spent because its a lot safer to use the
scaffold not only for this cleaning and painting job, but also for everyday tasks like changing light bulbs in ceiling
fixtures. My dad fell off a ladder trying to change a light bulb and
that was the beginning of the end for him. He cracked a vertebra and
lost a lot of strength and condition while it oh-so-slowly healed.

This scaffold is smaller than typical construction scaffold - narrower, and you can't go up as high and it doesn't stack at all. If you're used to scaffolding, keep in mind that you don't have as much space on this or you might find yourself stepping off it by accident. Scaffold neophytes need to be careful as well but at least they don't have ingrained "scaffold habits" in place to resist, LOL!

Use scaffolding instead of trying to do this on a ladder

And mist your surface to bring as much of the nicotine/tar off the wall surface as possible. Be careful not to saturate the surface with water - mist lightly, wipe, do that 3 or 4 times, and move on.

I wish I had known all these things before I started. Hope it may be useful to others in similar situations. Well, except the scaffold, I have had that from day 1, and glad to have it, too, LOL!

HOUSEKEEPINGGet Those Carpet Stains Out: Best Nontoxic Methods for Spot Cleaning
By Meg Padgett
Banish blotches the safe way with pantry staples, to get your rugs looking as clean as the day they came home
Full Story
15

KITCHEN DESIGNSpring Clean Your Kitchen
By Vanessa Brunner
Scour our 15 ways to ditch the dirt and get rid of the gunk, leaving your kitchen spick and span in time for spring
Full Story
47

FURNITUREOld Furniture: Clean, Reupholster or Replace It?
By Becky Dietrich, Interior Designer
A veteran upholstery cleaner weighs in on the options for found, inherited and thrift store furniture
Full Story
92

HOUSEKEEPINGA Cleaning Routine for Your First Home
By Laura Gaskill
With basic supplies and room-by-room checklists, you can get into the housekeeping habit
Full Story
77

MOST POPULARMust-Try Color Combo: White With Warm Off-White
By Toronto Interior Design Group
Avoid going too traditional and too clean by introducing an off-white palette that brings a touch of warmth and elegance
Full Story
98 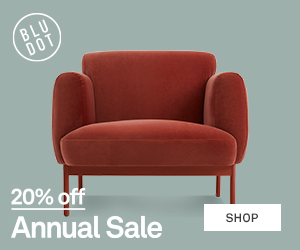