I'm not sure how possible this will be in the next year or so...our utility company has decided to add a meter to the front of the house, right where the porch would go. That is not stopping me from wanting to know the practicality of it though. My current hiccup would come from the roof. What should I use as a ceiling?

Basically, I'd be looking for something that extended from the awning to the gutter as well as extending the awning itself to being even with the front stoop (NOT the steps). Interested to here your ideas!

HOUSEPLANTSHow to Add a Living Wall
By Jennifer Blaise Kramer
Learn how to choose systems and plants, and what it will cost to bring a bit of the outdoors in or green up a garden wall
Full Story
65

ARCHITECTUREInnovative Screens Add Architectural Wonder on 3 Modern Homes
By John Hill
Aiding privacy and filtering sunlight may have been important, but these screens offer dazzling visuals as part of the package
Full Story
16

GREAT HOME PROJECTSHow to Add an Outdoor Shower
By Fred Albert
New project for a new year: Experience bathing in a whole new light with a shower in the fresh air
Full Story
101

GARDENING AND LANDSCAPINGScreen the Porch for More Living Room (Almost) All Year
By Becky Harris
Make the Most of Three Seasons With a Personal, Bug-Free Outdoor Oasis
Full Story
62

HOME OFFICESHealthy Home: 8 Ways to Add a Standing Desk
By Becky Harris
Check out these options for doing less sitting during your screen, work and craft time
Full Story
36

MOST POPULARHow to Add a Backyard Shed for Storage or Living
By Mitchell Parker
Need a home office, a playspace or extra room for your stuff? Learn about off-the-shelf, prefab and custom sheds
Full Story
196 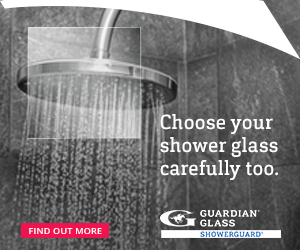 Shower bench is too short
3