Would a "speed oven" work for me? Which one?

I bake a lot of cookies. I roast chicken. I make pizza. I reheat Indian naan bread. I roast veggies.

Which fancy microwave would do all that for me the same way I do it now in an oven? Any of them?

But I still want it to act like a regular microwave, making popcorn and reheating coffee.

If I had my wish, I'd get a double oven induction freestanding range, and a traditional microwave (built in) and life would be sweet.

Unfortunately, product manufacturers don't consult me when planning or discontinuing their products. There's no such thing as an induction range with dual ovens at this time. Sigh.

I really wanted an induction stove. But I LOVE my little oven in my current electric freestanding oven. It is probably the most used appliance I own. It heats up almost instantly, and cooks anything that fits in a cookie sheet or casserole dish. And I still have the bigger oven below for all the large cooking activities. But because there's no such thing as an induction/dual oven combo, I'm basically having to decide between induction or a small oven.

Several months ago, I visited an appliance store and asked about half height wall ovens, and she told me it didn't exist. She said anyone who has space for wall ovens wants full sized ones.

I decided on a single oven with induction top (freestanding), and adding in a wall oven so I'd at least still have 2 ovens for when I occasionally cook things at 2 different temps. But DH is giving me a hard time about it.

As a compromise, he's suggested a Samsung microwave that apparently works as a toaster oven and deep fryer? I can get that instead of my wall oven and microwave. So I have been investigating speed oven options. Of course, it's all marketing, and all they say is that their product is amazing.

That same woman who told me there was no small wall oven did suggest a Miele product. It might have been a speed oven. She said it was both a microwave and a regular oven. I asked if it made popcorn, and she said no. So in my definition, that's not a microwave. It seemed the only thing that made it "microwave" was that it was small, too small for a cookie sheet.

And I have recently seen a GE wall oven with 2 small compartments. But I only want 1. And when DH caught me looking at it, he though it was particularly ridiculous and that's when he got upset at the idea of a wall oven. (Because now I'd need 3 ovens, 2 small and a regular).

KITCHEN DESIGN12 Great Kitchen Styles — Which One’s for You?
By Sheila Schmitz
Sometimes you can be surprised by the kitchen style that really calls to you. The proof is in the pictures
Full Story
366

ORGANIZINGGet Up to Speed for Back to School — 12 Tips for Smooth Sailing
By Charmean Neithart Interiors
New schedules and clothes, paperwork piles ... and where did all the Band-Aids go? These tips will help you ace the new school year
Full Story
14

DECORATING GUIDESRoom of the Day: Changes Come at the Speed of Life
By Mary Jo Bowling
An interior designer reacts to a family’s evolving needs in designing rooms that include a living room and entryway
Full Story
22

LANDSCAPE DESIGNIs Your Garden Minding the Viewing Speed Limit?
By Billy Goodnick Garden Design
Follow these signposts to steer garden viewers toward an experience they can fully appreciate
Full Story
14

COLORSpeed-Dial Color Selection to Get the Best Result
By Kimberly Collins Jermain
You’ve belabored your color decisions and are still stuck. Here is how to evaluate your space and make choices that are right for you
Full Story
99

KITCHEN DESIGNOpen vs. Closed Kitchens — Which Style Works Best for You?
By Vanessa Brunner
Get the kitchen layout that's right for you with this advice from 3 experts
Full Story
439

DREAM SPACESIf You Could Choose One Dream Space ...
By Emily Hutchinson
Yoga room, wine cellar, infinity pool or tricked-out garage — which of these luxurious rooms would be at the top of your list?
Full Story
87

KITCHEN APPLIANCESFind the Right Oven Arrangement for Your Kitchen
By KitchenLab Interiors
Have all the options for ovens, with or without cooktops and drawers, left you steamed? This guide will help you simmer down
Full Story
88

KITCHEN DESIGNKitchen Luxuries: The Wood-Fired Pizza Oven
By Sheridan Interiors, Kitchens and Baths
If you love homemade pizza and are (ahem) rolling in dough, a wood-burning oven may be just the right kitchen investment
Full Story
21

HOUSEKEEPINGHow to Clean Your Range and Oven
By Bonnie McCarthy
Experts serve up advice on caring for these kitchen appliances, which work extra hard during the holidays
Full Story
196 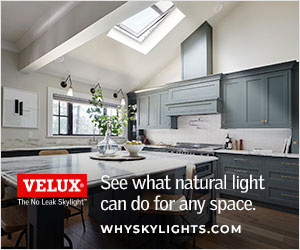