Hi there, have been a long time lurker on this forum but felt compelled to write today and say hello. The reason being is that I saw a quote on a Facebook thing that was doing the rounds. It read.
"Anyone can love a rose, but it takes a great deal to love a leaf. It's ordinary to love the beautiful, but it's beautiful to love the ordinary."
I know that this is ultimately not about flowers or leafs but it got me thinking about hostas eventhough they are far from ordinary. I just wanted to share it.

Anyways, I'm from over in the UK an i've slowly been falling in love with leaves and getting hooked on hostas over the last few years but due to trying to move house my first few hostas never went in the ground, then the deal on the house fell through. I didnt want to buy too many hostas for my garden before moving and another summer passed. Then we eventually did move, but to a garden that is small but took me all summer and autumn to clear so a slow but steady series of purchases have meant I have got a small collection of hostas and I am ready to give them their first home as their bed has been prepared and I am just waiting for spring to come. Some of my earlier purchases like frances Williams, blue flame, patriot and twilight have really never flourished and have been neglected, but this year they will get lots of attention as they go into the ground and hopefully I can get some pictures up to show you their progress one day.

I already have a planned layout in mind and must thank you all for the information I have read on here in educating me for my first proper year as a hosts grower. I am ready for spring, just a bit too early really.

ARCHITECTUREGet a Perfectly Built Home the First Time Around
By Bud Dietrich, AIA
Yes, you can have a new build you’ll love right off the bat. Consider learning about yourself a bonus
Full Story
112

STUDIOS AND WORKSHOPSA Stitch in Time: Creative Sewing Spaces
By Susan Redman
Sewing rooms have become popular again as people of all ages embrace simple crafts they can do at home
Full Story
91

KITCHEN DESIGN20 Kitchen Must-Haves From Houzz Readers
By Jennifer Ott Design
We asked you to tell us your top kitchen amenities. See what popular kitchen features made the list
Full Story
407

DECORATING GUIDES10 Popular Home Design Trends — Timely or Timeless?
By Samantha Schoech
Weigh in on whether these of-the-moment decorating elements will have staying power or become a memory of these times
Full Story
328

GARDENING AND LANDSCAPINGReaders' Choice: The Top 20 Patios of 2011
By Vanessa Brunner
Be warned — the most popular patio photos from 2011 may make you long for summer
Full Story
16

HOUSEKEEPINGHousekeeping 101: How to Clean Silver
By Bonnie McCarthy
Learn from a pro how to properly clean and care for your precious silverware
Full Story
76

COLORTime to Step Out of Your Color Comfort Zone?
By Laura Gaskill
If you always seem to pick warm tones, or you stick to the cool ones, bucking your natural inclination could bring new energy to a room
Full Story
67

PRODUCT PICKSGuest Picks: Time to Get Your 'Doctor Who' Tardis Blue On
By Ana Herda
The time machine may be fictional, but you can show your fandom for real with Tardis-theme home accessories
Full Story
16

MOST POPULARWhy Fall Is the Best Time for Planting
By Benjamin Vogt / Monarch Gardens
Spring is overrated for planting. Starting plants in autumn has advantages for both garden and gardener
Full Story
117 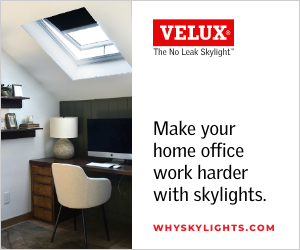