how to replace trash compactor with pull-out trash? need cabinet?

I've lurked here before and found everyone here to be so knowledgeable! I know very little about kitchens, so I was hoping someone could help me.

My home is about 16 years old. I am not planning a kitchen remodel and overall I like my kitchen. However, the appliances (all 16 years old) are slowly dying. The current appliances are black and I'm thinking that I'm going to replace them with SS appliances.

However, I have a black trash compactor. I do not use it as a trash compactor, but just as a trash can. When I replace the black appliances with stainless steel ones, I'd like to get rid of the trash compactor. I still need somewhere for the trash to go, though, so I would like to convert this into, possibly a pull-out trash. However, I don't know exactly how to go about this. One is that I don't have a cabinet face for this space, and I'm not sure how to go about getting one that will match the cabinets in the kitchen. I know that the cabinets were custom cabinets, and I have looked carefully, but I cannot find any indication of who the maker was. I also don't know (because I don't know this type of thing) what type of wood the cabinets are made of. The cabinets themselves are very simple, and I'm not sure if a custom cabinet maker could just make a cabinet face for me, and whether that would be very expensive (my guess is yes).

Any suggestions, either for a reasonable way to get a matching cabinet face made or something else I can do that's easier/cheaper to replace the trash compactor with a trash pull-out?

PRODUCT PICKSGuest Picks: Tame the Trash in Style
By Southern Hospitality
Throw some good looks into your kitchen and bath with wastebaskets and bins that go beyond the standard
Full Story
8

CURB APPEALHouzz Call: How Do You Hide Your Trash?
By Mary Jo Bowling
No one wants to see those trash and recycling bins. So where do you stash them while you wait for the garbage truck? Show us your designs!
Full Story
95

PRODUCT PICKSGuest Picks: Trash Talkin’
By Cedar Hill Interiors, LLC
With wastebaskets as attractive as these, you may want to let them out of the corner
Full Story
37

KITCHEN DESIGNKitchen Details: Out-of-Sight Paper Towel Holder
By Mary Jo Bowling
See how some homeowners are clearing the counter of clutter while keeping this necessity close at hand
Full Story
97

GARDENING AND LANDSCAPINGBudget Decorator: 10 Ways to Deck Out Your Patio
By Laura Gaskill
Hang a vintage sign here and some inexpensive curtains there, for a patio or deck that looks polished and pulled together
Full Story
95 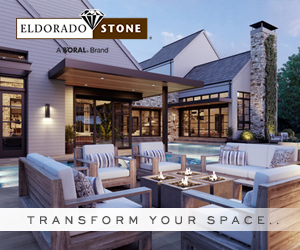 More Discussions
Has anyone used a dining light over and island?
4
The Galley vs Havens kitchen sink ... or any Other workstation sinks?
1

Backsplash- I need your opinion!
9

Had fire, should I change layout in my 2013 Gardenweb assist kitchen?
0