Strategies for a Shaky Market: the timing of retirement withdrawa

This was a really interesting article from US News & World Report. It's the first one I've run across which points out the timing of when you start taking distributions is extremely important: not age, but the state of the market at the time you begin.

They have a terrible website - it took me forever to track down the URL for this article! Hope it proves useful to those here. The website is free and you don't need to register.

Here is a link that might be useful: Portfolio Strategies for a Shaky Market

HOUSEKEEPINGCan-Do Cleaning Strategies for Busy People
By Laura Gaskill
While you dream of having a maid (to go with the cook and chauffer), this simplified cleaning routine can keep your real-world home tidy
Full Story
227

MOVINGTips for Winning a Bidding War in a Hot Home Market
By Christine Tusher
Cash isn’t always king in a bidding war. Get the home you want without blowing your budget, using these Realtor-tested strategies
Full Story
65

ARCHITECTUREDesign Practice: How to Get Hired
By Eric Reinholdt, Architect
Pro to pro: Strategies for winning a client’s trust and getting work that supports your brand
Full Story
34

SELLING YOUR HOUSEYour Home-Selling Guide for a Faster and Better Sale
By Vanessa Brunner
Learn staging and curb appeal tricks, how to get the best photos and more in this roundup focusing on high-impact house-selling strategies
Full Story
47

LIFEThe Wisdom of Kenny Rogers, for Declutterers
By Alison Hodgson
No need to gamble on paring-down strategies when the country music legend has already dealt out some winning advice
Full Story
168 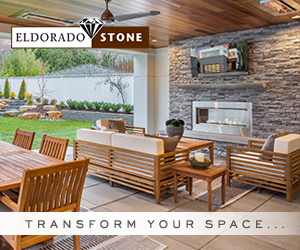 More Discussions
Is Anyone Using Their RMD for Charitable Contributions?
1