What would you do with this bathroom? (X-post)

I've asked this on forums I frequent (incl Bathrooms) but they suggested I ask you folks over here on Remodeling....

We've invested in a fixer-upper with a fabulous address. We are about 75% through major renovations, the last space we need to figure out is the hall bathroom.

For our use, either a tub/shower combo or shower stall would work fine (more in a sec) but looking ahead to RESALE (in ~4 years).... in this situation which do you think is more desirable???

I'll attach a plan of the house. It has 2 bathrooms, one of which is at the end of the master suite area. We recently remodeled the master bath (pics below) and it has a great walk-in shower and a separate soaking tub. So we do have a tub in the house.

This bath in question is SMALL... just 5 x 8.3 feet. It serves as the company powder room, in addition to being the bathroom our teen daughter uses (she's in the top left bedroom.) She'd prefer a stall shower but not by a huge margin. A stall shower would allow us to add more much-needed storage. BUT my gut tells me that a tub/shower combo is better for resale. I am not sure who the buyer would be. It's a town with a great school system. It's a one-level house. It won't be starter-home priced, more mid/high end.

The house has a master suite, plus a decent sized bedroom, plus a small nursery/kid bedroom/or home office.....

The choice is between a new tub/shower combo and a 36" neo-angle shower stall (we have a nearly-new one we removed from our master bathroom that we would use.)

What would you do???

Master bathroom with tub and shower:

My thought is that for our short-term use the shower might be better, but not drastically better enough to outweigh resale. And that the tub/shower combo might be better for resale. Although the shower would open up the space more, make it less crowded (shower curtains on tubs always visually shorten the room, don't they?) IN either case, we might consider moving the doorway to open up the floor space. Right now it's chopped into a weird tight space as you can see below.

Floor plans would be as shown. The current floor plan, which would remain largely the same in the tub/shower layout, has little useable floor space. it feels crowded in there. I'm not sure whether the shower floorplan works any better or not...

Existing floorplan. If we did a new tub/shower and vanity adn kept this layout the same, it would be the least amount of work. But... crowded?!?

Tub plan with door moved. The toilet would stay in the same place, so plumbing is easier. We'd have to move the door. But is the floor space a lot more useable this way (even if we keep a tub)?

What would you do???

FURNITUREModern Icons: X Marks the Spot
By Becky Harris
Use the X Shape to Add Geometry in Design
Full Story
14

BATHROOM DESIGNKey Measurements to Make the Most of Your Bathroom
By Steven Corley Randel, Architect
Fit everything comfortably in a small or medium-size bath by knowing standard dimensions for fixtures and clearances
Full Story
313

BATHROOM DESIGNHow to Choose the Right Bathroom Sink
By Anne Ellard Design
Learn the differences among 8 styles of bathroom sinks, and find the perfect one for your space
Full Story
253

KITCHEN DESIGNShow Us Your Compact Kitchen
By Stacy Briscoe
Do you have a tiny kitchen that works well for you? Post your pictures in the Comments
Full Story
106 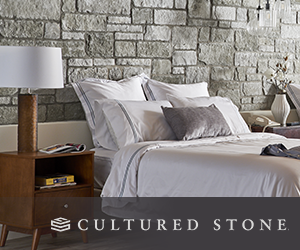