I could really use some advice from the GW kitchen experts :) . We are currently renovating our condo kitchen. The plan is a soft modern look with River White granite, steel appliances, stained F&B Hardwick White (greenish-grey) oak slab cabinet fronts, brass pulls, oak floors, and off-white walls (F&B Pointing). See rendering below. We have an 8 ft ceiling and we live in a climate where it tends to be overcast for months of the year - it is not uncommon for me to use artificial lighting during the day in the winter.

We don't have a lighting plan yet :( . My husband will be DIY the electrical/lighting installation. We are not planning to have any upper cabinets so that makes our lighting situation quite different from most of the kitchens I read about here. I'd like to use mostly LED because the original electrician put a LOT on the circuit in question, including lots of lighting, outlets, and the range hood (we are planning 800 CFM). I want dimmable (a must!) 3000K with excellent colour rendering. We are planning two switches - one for the island, one for the perimeter. The range hood will have its own lighting.

I have read about kitchen lighting guidelines in the good explanation link below.

Here is a link that might be useful: Kitchen-lighting basics

KITCHEN DESIGNHow to Lose Some of Your Upper Kitchen Cabinets
By Becky Harris
Lovely views, display-worthy objects and dramatic backsplashes are just some of the reasons to consider getting out the sledgehammer
Full Story
216

KITCHEN CABINETS9 Ways to Configure Your Cabinets for Comfort
By Jennifer Ott Design
Make your kitchen cabinets a joy to use with these ideas for depth, height and door style — or no door at all
Full Story
93

KITCHEN DESIGNNew This Week: Moody Kitchens to Make You Rethink All-White
By Mitchell Parker
Not into the all-white fascination? Look to these kitchens for a glimpse of the dark side
Full Story
156

COLOR9 Dark Wall Colors to Suit Your Mood
By Becky Harris
Tired of light and airy? Try dark and moody for a change; you may be surprised by the moods these colors inspire
Full Story
136

KITCHEN DESIGNA Two-Tone Cabinet Scheme Gives Your Kitchen the Best of Both Worlds
By Toronto Interior Design Group
Waffling between paint and stain or dark and light? Here’s how to mix and match colors and materials
Full Story
120 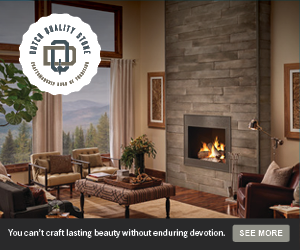