Hello All! I have enjoyed reading your posts the last couple of days and finally decided to add one of my own. I would love it if you could help me out.

We live in your run of the mill 1973 split foyer. I know many people do not like this style of home, but I have to say it works out quite well for our family and lifestyle. We've completed a few projects and still have many interior and exterior projects on our "to do" list. Right now I would like to tackle the front door and possibly some additional curb appeal. We are ready to buy a new front door but don't have the funds to redo the landscaping right now (ie rip out the azaleas). I do know that in the future we will be replacing the driveway and walkway. At that point we will tackle the rest of the yard too.

My questions for you are what style of door do you think would look best? What color? Should I change the shutter color? I have two door styles that I like and two glass inserts that I like. I just can't decide which one goes best with the house. One glass does offer more privacy then the other and our front yards are quite short. We do live in an HOA and our home is supposed to stay in a "colonial" style. There aren't any specific colors we have to stay with but I do need to submit any exterior alterations to the HOA for approval.

Here is a picture of the house right now:

These are the doors I am debating between:

ENTRYWAYSHelp! What Color Should I Paint My Front Door?
By Jennifer Ott Design
We come to the rescue of three Houzzers, offering color palette options for the front door, trim and siding
Full Story
46

EXTERIORS17 Ways to Increase Your Home's Curb Appeal
By Laura Gaskill
The word on the street? Homes with appealing front views can sell faster, lift moods and convey a warm welcome
Full Story
87

EXTERIORSMini-Me Mailboxes Add Curb Appeal
By John Hill
The spitting image of their parents or merely sharing some genes, these mailboxes show that good design goes beyond the front door
Full Story
42

FRONT DOOR COLORSFront and Center Color: When to Paint Your Door Black
By Jennifer Ott Design
Love the idea of a black front door? Here are 8 exterior palettes to make it work
Full Story
101 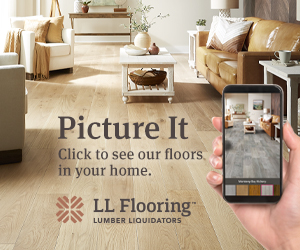 Where to install the TV?
8