Do you have to SPELL words in front of your dog?

Do you have to spell words in front of your dog because they know the word and will go crazy if they hear it ????

I do. I can't say anything about going for a ride ..... my dog, Poppy, bounces off the walls if those words are spoken. She can even hear me make the slightest touch to her leash . Silly dog !!

This is funny ... every night around 9 pm . my DH makes his "Work lunch" ... he always gives her a bite of something. She hovers over him from 8 pm. It's funny ~~ when he finally says "I'm going to make my work lunch -- she bolts into the kitchen & cries !

PLEASE -- tell me the words you have to spell for your dog !!

DECORATING GUIDESSpell It Out: Words of Inspiration for Your House
By Jess McBride
A favorite quote can enhance a room the way an inspiring idea engages your mind. Here’s how to add word power to your interiors
Full Story
57

PETSHouzz Call: Send in the Dogs
By Sheila Schmitz
Have the greatest dog in the world? Share your best design photo featuring the dog you live or work with
Full Story
780

PETS6 Ways to Help Your Dog and Landscape Play Nicely Together
By Marianne Lipanovich
Keep your prized plantings intact and your dog happy too, with this wisdom from an expert gardener and dog guardian
Full Story
78

PETS50 Dog Photos Worth a Wag
By Sheila Schmitz
Design hounds: Share in the pet love with Houzzers' snapshots of their beloved dogs at home, in the workshop and at play
Full Story
327 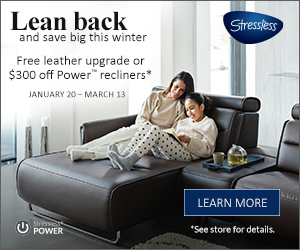 Is this a Jack Russell, mutt, something else?
9
Lab coat .......
15
any new cases of hyperthyroidism in cats
0
rug recommendations
1