I know that they say some types of eye problems and different things are hereditary but doesn't that just increase your odds of having it? Not guarentee them? I'm only curious because my niece is 4 and they just found out she has an astigmatism. My SIL is now going around pointing fingers and placing the blame on my MIL and it's upsetting her. It's not in a joking manner either. SIL does this with everything, she blames my fiance' for her son having cowlicks (don't know who he got them from though) and this birthmark on they're chest that the family calls a thrid nipple but it isn't, then it's FIL's fault the girl has thin hair and the other uncles fault her son's ears are big and stick out and it's the whole families fault the boy isn't a brain in school and the list goes on. If you ask her the kids didn't get anything from her although she is Philipino and we're white and they look more like her than anyone. (Her mother has glasses but she doesn't mention that) Anyway I just was wondering about some of this stuff. I'd like to know so the next time she tries to hurt someone I can tell them it's not true. Don't these things occur only when certain genes from both mother and father combine?

Maybe this is petty but it is causing problems and upsetting people for being the reason why her kids aren't perfect. I forget most of what I learned in Biology in high school because it's been so long.

my whole family is blind as a bat with astigmatism. My brother and I both have it, and got it from both sides. When I was pregnant, I was worried I'd have one of those toddlers who had to wear glasses. But DH has 20/20, as does most of his family. She is 20/20 and no astigmatism so far.

I know it runs in the family, but I do not know how it manifests itself.

I think the eye problem is minor, when faced with the bigger issue of wanting to blame someone when the child is not perfect. Through the grace of God, my DD has not inherited my crooked teeth, DH's diabetes, but she did end up with our curly hair.

So when she came non-diabetic, I was just glad at that point that she had 10 fingers and 10 toes. Tell her to go to the pediatric ward, and see children who have bigger issues than bad eyes or receding hair lines. And thank fate or God that her child could have been a lot worse off.

There's no Maybe about it. She *is* being petty. Tell her to be thankful for her family's general good health.

Thanks, Karen. I generally do not get along with this woman and we have nothing in common. I don't think she's a very good mother or wife and she's too self centered for my taste. So often I think it's my feelings for her that make me see these things. After reading your post I know that pointing fingers and blaming anyone for these minor problems is stupid. It's also not nice. No child is perfect and neither are adults. Children are what they are based on how those genes combined and mixed, kind of like a recipe, right? So she's just as much to blame in most cases because some of these traits could be recessive genes that she carried from her side of the family.

What really bothers me is she uses these things to pick on the children. She makes fun of her son's ears and started picking on him because he's getting a little chunky. With her daughter she's already talking about people calling her 4 eyes. I came right out yesterday and said that wearing glasses is not a big deal anymore. They aren't dorky like they were once thought of and step-MIL said that many of the celebs wear them and have made glasses fashion statements. I have a feeling the only people calling her 4 eyes, will be her own parents. Sad, huh?

How very sad for the kids. Tell her my DD (4 yo) is jealous of me because I have to wear glasses, and wants to know when she can get some, because she thinks they are cool :-)

I think something needs to be said at some point by family who may be more closely related to her, because her DS is not helped by his own mother picking on his ears or weight. If he is 'chunky', she should get him on a healthier diet, and focus on getting him outdoors more often.

But judging from what you have written, she's more interested in what other people think, not the best interest of her children.

I will say a prayer for the kids, because they will need it!

Best of luck to you!

Astigmatism has to do with the shape of the cornea and is a kind of 'structural' issue with a person's eye. That's the reason it seems likely to be hereditary or genetic. People can have different degrees of it in terms of how their vision is affected.

There are a few genes where people are able to use professional medical support to get some information like that and thereby prevent some catastrophic hereditary traits; very few though and this whole area is controversial and not routine.

Antagonistic people are usually good at getting people riled in ways that almost seem personalized to get a response from the person being antagonized. Usually, remembering to breathe and allowing the person to have their opinions (even if antagonistic) can slow them down. The key to know and review enough basic biology and genetics and any kinds of related ethical issues that the person who is being antagonized can feel secure in themselves no matter what other people say.

P.S. Sometimes when people are very attuned to 'differences' and driven to seek perfection they really need some way to channel that. If you can find times and places to ask her to do things that allow her to show off her strengths and give her something to occupy herself with (and do appreciate whatever effort she gives), that can sometimes help people redirect this kind of drive from other people to objects.

Another practical kind of strategy is to learn to view the 'blame' thing as only a tiny bit of what should follow. That is, because people are mixes of all kinds of human traits and strengths and weaknesses all personalized to them (some genetic some environmental and many resulting from mixed influences) there is a whole other side of taking some credit for anyone who is so 'blamed.'

'Ok, I can see your point and I will stand up and indeed accept 'blame' but you must understand that she gets her amazing sense of responsibility (musical talent, social talent, stunning good looks, whatever) from me as well.' Practice saying things like that to maintain a straight face. Reserve this kind of thing for when a blame statement is made and use it sparingly with the other adults.

'Blame' can be confused with 'cause' in which case there could be some language issues as well as personal tendencies to blame one's self. It can be an issue on the side of the speaker or on the listener.

being able to kind of stand up and withstand or deflect antagonistic efforts can be a good way to set an example for how a person can tolerate but not really 'believe' or personalize too much what someone else says (children are very vulnerable to believing such things though, so they especially might benefit from a positive example or positive interpretation of how different traits make up different people)

Amygdala,
So what you're saying is the next time she "blames" someone for a problem her kids have~point out something good they got from the family member. Basically make SIL see that her kids get good traits and not all bad from the inlaws.

I've also wondered for quite awhile~are you some type of pschologist or something like that? You have lots of answers that come from the more medical and techincal side then some of the rest of us. I enjoy reading what you have to say about things.

TreKaren,
I hope for the best for those kids, too. I'm kind of hoping they are the type who when they get older decide to change things and not be like they're parents. They really can be loving and sweet and I think they just want attention most of the time. They love my fiance' and I and have always sort of been drawn to us. The thing is that in the past year or so, they've been pulling away and distancing themselves. It's that way with the whole family and we kind of think that they are being told things about everyone or they overhear things.

Oh, my nephew really isn't that fat as they like to call him. The kid just has some meat on his bones. His mother is Filipino (I just realized I wasn't thinking and spelled that wrong earlier! Whoops!) and so she really doesn't like most of our food and eats a lot of rice and is like a size 3. Again genetics come into play and just because she's skinny won't mean the kids will be. They're father is about medium weight for his height and he's considered huge by her. I would bet my nephew's system is more like his father's than his mother's and that's why he gains weight while they're daughter is petite. It also doesn't help that they are allowed to snack whenever and don't get balanced meals most of the time (like one summer she thought it was a better idea and cheaper to feed the kids frozen TV dinners instead of making them food!). MIL once said that it's so bad that she picked up my newphew and thought she would take him to McDonald's for a treat and he begged her to take him to her house for peanut butter and jelly! So that won't help his weight issue much, will it? I guess they need to really just watch so it doesn't become a future problem more than anything. 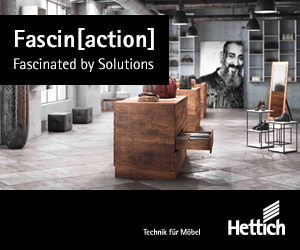 New teenage daughter to our family
4
opposed to required swimming / showers in School PE
66
A harness for a child that old ?
83
Boys and girls and closed doors.
31
OMG .....I can't take it anymore! Daughter is a slob!
82
Browse Outdoor Photos on Houzz 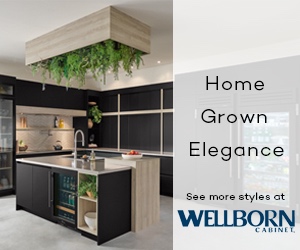