too cold downstairs/too warm up

I am having trouble regulating the temperature in my two-story home. Getting the upstairs area to a comfortable temperature means freezing out the downstairs. Even with ceiling fans, it gets pretty warm upstairs. I had originally closed off most of the ducts downstairs to help regulate the temp. better, but my Dad says that can cause damage to the duct system. Is there a low-cost solution to this problem? Any advice would be greatly appreciated.

REMODELING GUIDESCork Flooring 101: Warm Up to a Natural Wonder
By Lisa Frederick
Comfortable, sustainable and easy on the eye, cork has a lot going for it. Use our guide to get familiar with this natural flooring material
Full Story
43

BATHROOM DESIGNWarm Up Your Bathroom With Heated Floors
By Tiffany Carboni
If your bathroom floor is leaving you cold, try warming up to an electric heating system
Full Story
109

PRODUCT PICKSGuest Picks: Warm Up by the Fire
By Cedar Hill Interiors, LLC
Stay toasty with tabletop, ventless and even remote-controlled fireplaces, starting at around $130
Full Story
5

DECORATING GUIDESWarm Up to Wood for an Eye-Catching Wall
By Charmean Neithart Interiors
Give an accent wall appealing warmth and depth with wood, whether you go down-home rustic or upscale chic
Full Story
44

COLORWarm Up to White All Around the House
By Julia Pockett
Explore the many ways to design a white kitchen, bathroom, dining room or bedroom that's far from stark and sterile
Full Story
29 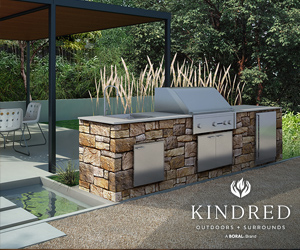 Which way to blow my ceiling fan in a split level house
3
Do awnings really keep heat out?
15
Will having a door to finished basement help AC keep 1st floor cool?
17

Is my discharge / check valve bad?
4
Need second opinion on clicking noise from the condenser unit
3