Hi! We recently had 1500sf of 4" white oak installed on our 1st floor. It was stained with Duraseal Antique Brown & finished with 3 coats of Minwax satin oil-based poly. To make a long story short, after multiple attempts to get the 3rd coat of poly applied without lap marks, our flooring guy told us he didn't know why it was doing it and didn't know how to keep it from happening again. We ended up paying him for the wood and the labor to install it and he walked away.

We then brought in another company (who had refinished some existing hardwood upstairs for us earlier last year and done a good job) to try to fix it. They sanded the floors down to the bare wood, restained (this time with a 50/50 mix of Minwax Provincial & Dark Walnut) and applied 3 coats of Bona oil-based satin poly. The 1st coat looked great, the 2nd coat showed lap marks, and the 3rd coat showed even more, as you can see in the photo below. They're coming out this afternoon to take a look but I'm hoping for some insight before they get here.

So essentially, 2 different crews using 2 different products have had the same problem. Based on info I can find online, possible culprits are: improper application and/or applicator (the 1st company used a pad and the 2nd used a roller), poly too thick or too thin, air temperature too hot/too cold, air blowing across the surface, etc.

Since it's cold, my first inclination is to think that it's an environmental issue - the first company thought maybe it was too warm in the house and the poly was drying before it had time to "flow". But could the floors be too cold even if the air temperature is warm? We have finished basement space below all of the floors but they're still cold to the touch.

If anyone has any ideas or suggestions that I could discuss with my contractor when he gets here today - I would really appreciate it! What's ironic is that we were SO afraid to do site-finished floors in this house because we've had so many problems in the past (not with poly but with stain and chatter marks). We'd planned to install prefinished floors instead because we didn't want to go through that again but we just couldn't find any that we liked (or that matched existing stained built-ins) and now this happens!

Anyway, thanks in advance for any help anyone can provide!

MATERIALSWhat to Ask Before Choosing a Hardwood Floor
By Mitchell Parker
We give you the details on cost, installation, wood varieties and more to help you pick the right hardwood flooring
Full Story
176

FLOORSWill Cork Float for Your Bathroom Floor?
By Rachel Grace
Get the facts on advantages, disadvantages, costs and installation to see if a cork bathroom floor is right for you
Full Story
87 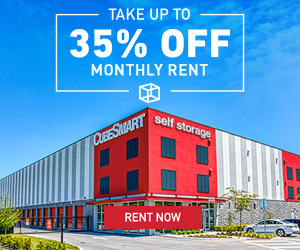