The tub was scratched on the top edge exactly where one climbs into the tub and it is very conspicuous. I don't think it is all the way through to the cast iron since no black is showing through the white but it is about 1" long and visible to the naked eye and one "feels the groove" when touching it.

The installer will fix it but I would like to make sure it is done correctly. What is the correct way to fix this?

INSIDE HOUZZInside Houzz: Starting From Scratch in a Manhattan Apartment
By Mitchell Parker
Even no silverware was no sweat for a Houzz pro designer, who helped a globe-trotting consultant get a fresh design start
Full Story
45

BATHROOM DESIGNDreaming of a Spa Tub at Home? Read This Pro Advice First
By By Any Design Ltd.
Before you float away on visions of jets and bubbles and the steamiest water around, consider these very real spa tub issues
Full Story
98

MOST POPULARShould You Keep Your Tub?
By Jennifer Ott Design
There are reasons to have a bathtub, and plenty of reasons not to. Here’s how to decide if you should keep yours or pull the plug
Full Story
981

SHOWERSConvert Your Tub Space Into a Shower — Choosing Accessories
By By Any Design Ltd.
Step 5 in swapping your tub for a sleek new shower: Pick the right niches, benches and bars for the best showering experience
Full Story
25

SHOP HOUZZShop Houzz: Tubs for Every Taste
By Houzz
Settle in for a long, hot soak in a luxurious bathtub
Full Story
0

BATHROOM DESIGNRub-a-Dub-Dub, Add Color to Your Tub
By Jennifer Ott Design
Perk up that old claw-foot with a hit of paint that’s as bold or subtle as you please
Full Story
59

BATHTUBS8 Beautifully Different Tub Materials for Bath-Time Luxury
By Shane D. Inman
Elevate your bathroom — and your bathing experience — with a tub that feels like an indulgence
Full Story
35 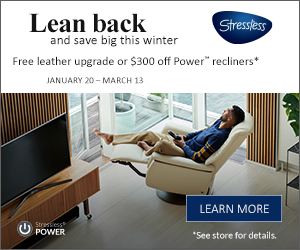 can i fix picture framing effect on bathroom tile?
4
looking for someone in Chanhassen, Mn are to wallpaper my 1/2 bath
2
Glass shower door with top rail?
2