Can I route a vent hood through a down-draft vent?

I currently have a pop-up downdraft with my cooktop. They are against a wall, but the wall only goes up about 8', then there's open space to a 10' ceiling. The cooktop is off-center on the wall.

When I replace the cooktop, I'd like to change from a downdraft to a hood. However, I can't think of any way to get the vent to the ceiling without making it look stupid.

Is it possible to route the duct out the back of the hood, then down the wall to an inline blower, then out the downdraft duct in the floor?

I know that if I use a blower that is built-in with a hood, it certainly won't work because the combined duct length calculation will be too long. However, I was hoping that having an inline blower in the middle (and not using the built-in one) would make up for it.

An alternative would be to use the built-in blower plus a booster in the base cabinet. But that wouldn't exactly make the kitchen a quiet place, would it?

LIFEThe Polite House: How Can I Tell a Construction Crew to Pipe Down?
By Lizzie Post
If workers around your home are doing things that bother you, there’s a diplomatic way to approach them
Full Story
43

TRADITIONAL ARCHITECTURERoots of Style: Château Architecture Strides Through a Century
By Steven Corley Randel, Architect
Live like a lord with design details that recall French estates of old, even if they're scaled down and updated for today
Full Story
36

REMODELING GUIDES10 Terrific Pass-Throughs Widen Your Kitchen Options
By Charmean Neithart Interiors
Can't get behind a fully closed or open-concept kitchen? Pass-throughs offer a bit of both
Full Story
47

PETSA Romp Through Pet-Friendly Materials
By Katya Popova
Deceptively durable, these stylish flooring materials and fabrics let you give Fluffy the run of the house
Full Story
79 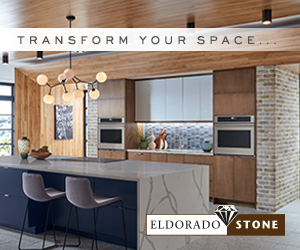