how long should foundation concrete cure?

One builder I am talking to says he pours the footings, lets them cure for 28 days and then pours the basement walls. Is this normal, or is it kind of like wearing a belt *and* suspenders?

ROOFSThis Long-Lasting Roofing Material Works With Many Styles
By Matt Clawson
With their durability and wide range of colors and molded shapes, concrete roof tiles are worth a look
Full Story
19

LANDSCAPE DESIGNGarden Walls: Pour On the Style With Concrete
By Olander Garden Design
There's no end to what you — make that your contractor — can create using this strong and low-maintenance material
Full Story
51

ARCHITECTUREKnow Your House: What Makes Up a Home's Foundation
By Bud Dietrich, AIA
Learn the components of a common foundation and their purpose to ensure a strong and stable house for years to come
Full Story
48

KITCHEN COUNTERTOPSElephants of the Kitchen? What to Know About Concrete Counters
By HyggeLiG
Concrete countertops are beautiful, heavy and cool — and have their own peculiarities. And a lot in common with certain gray pachyderms
Full Story
53

FLOORSKnow Your Flooring: Concrete
By Rebecca Gross
Concrete floors have a raw and elegant beauty that can be surprisingly warm
Full Story
42 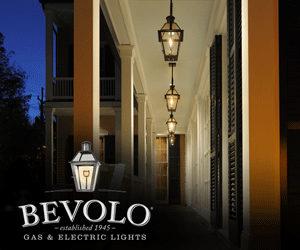 How to keep the floor's natural color?
3
Advice on Gerber toilets in new build
4

Unhappy with shower niche. Is it just me?
22