I have a quilt my Grandmother made that has been in storage for probably 30-40 years. There are mystery brown stains on it: looks like someone had a nosebleed, but it could be food or something that turns brown with age. There are several shades of brown so it could be several things. I have vague memories of her making this when I was a child: I think she finished it, someone promptly spilled on it, then she died and my mother put it away "safely" not realized it was stained. It would date probably from the late 1950Âs or early 60Âs

It is not a pieced quilt: the surface is all one piece of off-white cotton. It is heavily embroidered with dark indigo blue cross-stitching and white hand quilting. ItÂs all blue and white like Delft porcelain. The back is the same fabric. I donÂt know what it is filled with but this was before polyester batting so it is either cotton batting or some plain cloth. It is thin, not puffy. I donÂt know what the embroidery thread is but probably some kind of polished cotton: I know she normally bought regular embroidery thread.

I donÂt think it has ever been washed: it still has the marks of the pattern on the cloth under the cross-stitching.

I have spot treatments for laundry and for carpet stains but since some of the stains go over the embroidery, IÂm afraid those will bleach the blue color. Also the base fabric is off white, not white-white.

Any suggestions about what is likely to be safe for this? Thanks!

GARDENING AND LANDSCAPINGWhy Is There a Bathtub in the Backyard?
By Becky Harris
Nope, it's not waiting for bulk trash pickup. These days outdoor tubs are serving soakers, beer drinkers and even the fishes
Full Story
79

KITCHEN STYLESNew Southern Style for the Kitchen
By Dressed Nest Interiors
Gracious tradition is alive and well, bless its heart, but Southern kitchens are welcoming in modern updates too
Full Story
101

ANTIQUESMust-Know Furniture: The Hoosier Cabinet
By Karen Egly-Thompson
This freestanding cabinet handled all the kitchen bustle in the early 20th century, earning it the motto ‘Hoosier saves steps’
Full Story
150

LIFETell Us: Do You Know How to Live With Your Parents?
By Becky Harris
If you've tried multigenerational living under one roof, we'd love to hear the details
Full Story
100

FEEL-GOOD HOMEInherited Pieces: Embrace the Approach That Works for You
By Glamour Nest
How you remember and honor loved ones through heirlooms is your decision alone
Full Story
105 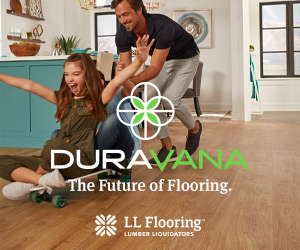 The reno is over now what?
3