The question is primarily for those on the forum who grow hosta primarily in containers.

If you have more than one container-grown hosta, going beyond the porch/patio ornamentation, let's hear how you deal with them for the winter.

I read the article in the recent AHS Journal about Goodwins Garden in Britain, which is primarily container grown, the count being 350 containers I believe, and his garden is so lovely it's now one of the official display gardens in Britain.

The secret to much of his success I'm suspecting lies in the way he winters over his container plants. That part is not shown in the article, and I'm itching to find out how he deals with it. From shots of his property, it is not a large place. Where do the pots with dormant plants go?

And likewise, where do YOURS go? Do you mulch them? Raise them up off the ground? Turn them sideways? Do you keep the metal tags in the pots? How do you keep them cool and dry? Is the storage or sleeping area attractive? Are you still using that space for another purpose? And how long a time is your collection dormant?

Any other questions that are begging to have details included, please fill in those blanks.

At this point in the process, I'm thinking a row of two shelves secured to the wooden 7 foot tall privacy fence on the south end of my garden. Setting the smaller pots on the top row (won't be as likely to kill me if it falls). And the larger containers....but not the tubs....on the lower shelf running the width of the south fence line.

With the lower sun of the winter season, it is likely to stay cooler there along the south wood privacy fence. A plastic flap stapled at the upper level could keep most of the rain out of the containers, provided it does not hold in heat and allows air to circulate. Mr. Goodwin put small sharp gravels on the tops of the pots to keep down weeds and crawling pests. But no pictures to illustrate his setup.

With the containers sitting on two rows of shelves, along the south property line, I could have 120 x 2 linear feet of shelf space, inside my secure back garden. 240 running feet of mostly shaded space. Only disturbed by squirrels leaping from trees to eat at the bird feeders and bury nuts in the flower pots.

So that is the extent of my winter-over plans here in south Alabama, zone 9a or maybe 8b, this winter might reveal which.

Any advice or discussion of issues I am overlooking will be welcome. After all, I was obsessed with growing pretty hosta and not with planning ahead. I never worked for IBM.

What is YOUR plan? How do YOU do it? Put out the ideas, we'll brain storm the shortcomings and limitations later.

WINTER GARDENING6 Flowers for Gorgeous Winter Garden Color
By Le jardinet
Blooming beauties can be yours from January through March — just take your pick from these bulbs, shrubs and even a tree
Full Story
20

HOUSEPLANTSOutsmart Winter — Make Houseplants of Your Garden Growers
By creative jewish mom.com
No need to watch Jack Frost play Wreck the Rosemary. Bring your garden inside for the winter, using containers and these guidelines
Full Story
12 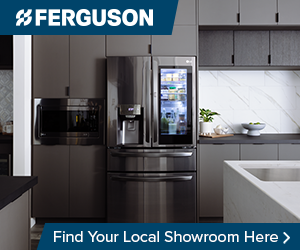 My Limelight Hydrangea Tree 2nd post
20
Midnight Visitor Digging Hosta and Other Shade Plants
8
Anyone else bothered by the AHS October Newsletter?
5