We have 2 Arctostaphylos 'Dr. Hurd' (Manzanita), each planted on either side of the front yard when it was re-landscaped in early 2010. We plan to train them into small trees.

We noticed yellowing of the lower leaves, so yesterday I pulled away the mulch and landscape fabric surrounding one of them and found BONE DRY cracked soil with a couple of roots on the very surface. We had a lot of good rain in winter and a cool, damp spring so we haven't been running the sprinklers in spite of a few hot days. The one I checked yesterday is planted on a slope. I've read they are tolerant of poor conditions, but they are not yet established and the yellow leaves with brown spots suggest they may be in trouble.

Believing it is under-watered, I gave it a good soaking yesterday.

Today, we will remove as much of the landscape fabric as possible. The fabric is literally stuck to the soil which is parched dry on the surface; I couldn't check below the surface because I could barely get a trowel into it. :( (Does it sound like I'm building a case against using landscape fabric around plants??? I am!)

After removing the fabric and soaking the surrounding soil, we'll apply a thick layer of bark mulch and give it a deep monthly watering with the hose. Are our Dr. Hurd trees in trouble, and is there anything else we need to do?

CHRISTMASReal vs. Fake: How to Choose the Right Christmas Tree
By Houzz
Pitting flexibility and ease against cost and the environment can leave anyone flummoxed. This Christmas tree breakdown can help
Full Story
77 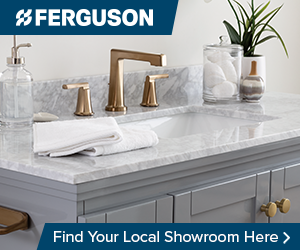 What to plant under elephant ear
4
We dodged several bullets!
4