How do know what you don't know :)

I have been reading the WS forum for a few weeks and I have also read all of the FAQ. I have gotten some pretty great advise already but I have a few doubts still before I start my first attempt at WS.

It seems most on the forum likes to WS flowers which are wonderfully gorgeous indeed. My want though is for Herbs and well mostly veggies (madders, peppers etc) though. Considering you have been there and done that and I am reading but with specifics to Tomatoes, veggies and Herbs:

What are your successes and why?

What were your oh no's and why?

WORLD OF DESIGN8 Things You Didn’t Know About Italian Marble
By Laura Molteni
How did the ancients extract marble? What makes it white or colored? We unearth fascinating facts about this luxurious stone
Full Story
41

KNOW YOUR HOUSEKnow Your House: Components of a Roof
By Bud Dietrich, AIA
Don't get held up by confusion over trusses, rafters and purlins. Learn about a roof's features and their purposes here
Full Story
15

DECORATING GUIDESBook to Know: 'Living in a Nutshell'
By Vanessa Brunner
You don't have to go minimalist to live in a small home. Embrace color, pattern and objects you love with these tried-and-true tips
Full Story
8

REMODELING GUIDESKnow Your House: The Steps in Finishing a Basement
By Bud Dietrich, AIA
Learn what it takes to finish a basement before you consider converting it into a playroom, office, guest room or gym
Full Story
34

HOME TECHOn the Internet, Nobody Knows You're a Lamp
By Mike Elgan
Home appliances and devices are poised to get on the Internet and start messaging one another. Here's why that'll be great for you
Full Story
18

HEALTHY HOMEWhat You Need to Know About Dust and How to Fight It
By Mitchell Parker
Breathe easier with these 10 tips for busting mites, dander and other microscopic undesirables
Full Story
110 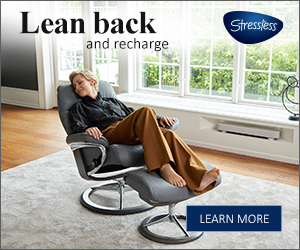