Triumphs and defeats in the garden so far this year

We had a dry, warm winter this year, third year in a row, and who knows what the summer will be like, but spring in the garden has been mighty satisfactory. The garden has significant rose plantings now two and three years old. These are mature enough so that the roses have some size on them and make a statement in the landscape. With the early spring we had March in February, April in March, and then April again in April, so a long, prolonged flowering season, the roses large, full, and abundant. Except in the hottest areas, where they burned, the flowers have lasted well. I have the best flowering I've ever seen on 'Jaune Desprez' and 'Marhal Niel', both in the ground five years now and thoroughly pruned--when? late winter?--and giving their owner (me) some hope that one day she'll figure out how to manage climbing roses. 'Duchesse d'Auerstaedt', on the other hand, is healthy and full of blooms, but a large part of them deformed, all center and no petals; a problem I've never seen before. I forgive her because she's usually so good, and will wait for the fall flowering.

There is plenty of disease, the usual mildew plus unseasonal blackspot. We haven't had any rain for about three weeks, the weather has been warm in the day and comfortably cool at night, breezy, sunny, and dry, and evidently fungal diseases like it; as well as the aphids, which display a vigor hard for the gardener to bear. Lord, I want a thunderstorm (they're in the forecast for this weekend). The blackspot is mostly on the David Austin roses, but I see it also on 'Mme. Antoine Mari' as her flush, an amazing one, ends; I think it signals the aging of leaves, which shed and come in again clean. I wonder if this didn't have something do with our warm winter. Normally the Tea roses, and possibly others, hold their foliage all winter long, then drop it in March, which for that reason is probably the ugliest month of the year in the garden. This year they didn't shed, and perhaps the roses are finally discarding their winter foliage. The new leaves on the DA roses, at least, are coming in clean, and 'Mme. Antoine Mari's' foliage will certainly be so.

The roses are the Boundary Bed, planted in fall 2006 (?) are mature, thriving, and glorious. This was plowed in a grassy field, nothing exceptional but the first bed we developed in what wasn't actually bad ground, and the roses LOVE it. The varieties are a miscellaneous collection of Hybrid Musks, English roses, once-blooming old roses, and other odds and ends. My syrup rose, from a cutting given me by an Italian friend, is beautiful. I asked for an ID for it in another thread, and the consensus was that it was a Hybrid Perpetual--a class I've never grown--though the variety remained uncertain. 'GÃ©nÃ©ral Jacqueminot' was one suggestion: I checked the RHS Encyclopedia of Roses and their description and photo of General Jack correspond exactly with my syrup rose, so it's a hot competitor for the title. I have two other varieties of syrup roses rooted and growing in pots until this fall. One is red like my Hybrid Perpetual but more China-looking; the other has paler foliage and hasn't flowered yet.

Problems. Well, my Climbing Teas and a couple of Hybrid Musks in much shade have mildew, and who can blame them? Also, 'Perle des Jardins', which should never have been in the garden in the first place, is in full sun and is covered in mildew and blackspot, a disgrace to its race. My husband, who NEVER throws away a rose, wants to shovel prune it, and so do I. We'll give it through fall to show if it can behave at least part of the time, and then it goes. The roses in hot, dry spots have burned. I need more trees, more mulch, more grass to make the whole garden cooler. I have a high opinion of trees, here where they're hard to establish and slow to grow, not a common problem in much of the U.S. We're clearing out elms and planting acorns and seedling ashes and other baby trees and shrubs, but this is a topic for another thread.

Another very good thing is that my Gallica-Damask bed is growing and flowering well this year for the first time. This bed was planted in 2005 and 2006, if I remember right, in very poor ground, pure clay. It had been plowed, then I dug much of it and interred a lot of hay, and perhaps that helped, but it's still very compact notwithstanding its heavy, constantly renewed mulch. It has full, baking afternoon sun on one side, elms on the other, and last fall I was wondering if I wouldn't have to move the Gallicas and replace them with Teas and Chinas. But this year they look good, are flowering and growing satisfactorily if not splendidly, and the hues of cool pink, purple, violet, mauve, lilac, cherry-red--who can describe the colors of these old roses?--give me much satisfaction. They're in bloom earlier than usual, it seems to me, and so the flowers are holding better than if they were blooming in the heat of June.

The forty or so grafted bare-root roses we got last fall are doing well so far, while the barely rooted Teas and Chinas from France are much more fragile, and will have to be nursed carefully through the summer. Next time I get them I'm going to pot them up and grow them on for a year. I know a lot of people on the forums do that, but I never did before: these babies need it, though. I congratulate myself every time I look at my new roses that we were able to receive and plant them before Christmas, so giving them time to establish roots before the summer drought, which I think may be bad this year, possibly another 2003.

What's going in your gardens, good and bad?

GREEN BUILDINGSalvaged Materials Triumph as All-Stars of Sustainability
By Bud Dietrich, AIA
When you save manufacturing energy and have a beautifully crafted home to boot, it's a win-win situation
Full Story
63

GARDENING AND LANDSCAPING19 Spectacular Pools Near and Far
By Houzz
These incredible infinity pools, heavenly oceanside pools and luxurious lap pools around the world have unmatched allure. Take a dip
Full Story
38

GARDENING GUIDES15 Ideas to Try in Your Garden This Year
By Annie Thornton
These gardening stories were tops among Houzz readers. Which ideas might you try this year?
Full Story
29

WINTER GARDENINGNew Year, New Landscape — What to Do in Your January Garden
By Annie Thornton
Whether you've resolved to make over your garden or just enjoy it more, these tasks can help
Full Story
20

FALL GARDENINGReflecting on a Gardening Year
By Benjamin Vogt / Monarch Gardens
Mistakes and successes, surprises and comforts. The garden helps us grow in new ways every year
Full Story
34 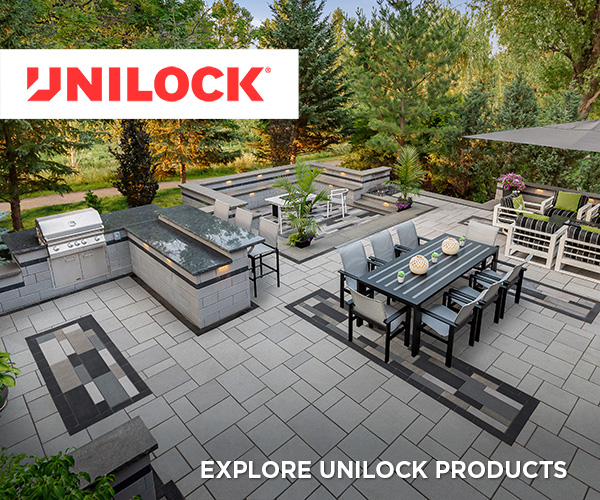 More Discussions
Rosemantic Pink- turning into one of my Best Roses In Texas
16
How to begin now optimizing next year's flush for a wedding?
4
Madame Anisette
33